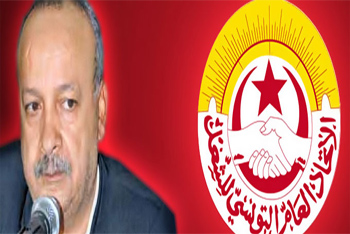 “The government of Mehdi Jomaa is called today to send positive signals that it is willing to initiate wage negotiations.” This was requested by Deputy Secretary General of the Tunisian General Labor Union (UGTT), Sami Tahri in a telephone interview with Africanmanager.

According to him, such signals are likely to lead to a relaxation in the situation, while “the UGTT, which has 700,000 members, lost hope that the issue will be given serious attention, especially as it is of extreme importance for citizens, and especially workers.”

Sami Tahri’s call came just a few hours before the holding of the 7+7 Committee meeting scheduled in the afternoon during which the various social partners and the chairmanship of the government should again examine this worrying issue which is still debated in economic circles, but also political ones.

“Give us a clear answer,” insisted Sami Tahri who went as far as to accuse a “government side” which, according to him, pushes for escalation.

“This side seeks to ensure that tension is transmitted to the next government,” said Sami Tahri based on the refusal of that side to implement certain agreements concerning some important sectors.

The result is a climate of instability followed by a period of tension fuelled by a succession of strikes observed in various sectors such as education in its different sectors, health, transport…

Sami Tahri also indicated that the labor union has been obliged to urge the current government team to consider the interests of all Tunisians, noting that social classes have suffered of “inappropriate policy”.

The reason is that as the purchasing power continues to deteriorate, the government of Jomaa has not been able to curb soaring prices whether those resulting from its own decisions or those induced by monopoly and smuggling, not to mention the enactment of certain “dangerous” laws that could only be detrimental to the interest of the country.

He cites as an example the adoption of the Law on the production of electricity from renewable energy which has received mixed reactions.

Is the government moving towards a compromise?

Definitely yes, we were informed by a government source who preferred anonymity announcing that the meeting of the 7+7 Committee on Thursday would also be marked by sending positive signals from the government.

This is important because the postponement to 2015 of negotiations on wage increases in the public sector remains a source of tension between the two parties, especially after the statement of government spokesman Nidhal Ouerfelli announcing the decision to transfer this file to the next government emanating from the parliamentary elections.

In view of the positive signs in question, many observers expect improving relations between the two parties that may lead to the opening of wage negotiations. A move already supported by the recent statement by Mahdi Jomaa indicating that relations between the UGTT and the government are marked by mutual respect, partnership and positive dialogue, recognizing, however that there are some differences of opinion.

On wage negotiations with the UGTT, Jomaa said he could well sign fictitious agreements that will not be implemented but opted for responsibility.

This initiative could alleviate social unrest that has continued to rise. According to the latest statistics from the labor inspectorate, 400 strikes were recorded during the first 10 months of the current year while lost work days have reached 312,000, posting an increase of 72% compared to last year.

Nigeria: All share index declines by 4.3% at Nigerian bourse

Remains of all 6 victims of Nigeria military chopper crash recovered