HomeInterviewTunisia: Jalloul Ayed talks about two Presidents, those of Tunisia and AfDB
Interview

Tunisia: Jalloul Ayed talks about two Presidents, those of Tunisia and AfDB 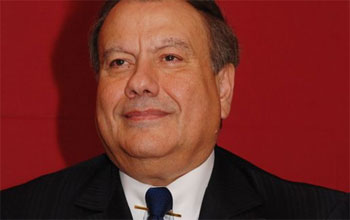 Economic expert and former Finance Minister Jalloul Ayed gave Africanmanager an exclusive interview in which he talked about several topics including the race for president, noting, in this regard, that he has actually been approached by some friends and supporters who encouraged him to apply “but I categorically denied it” for several reasons, he said.

Jalloul Ayed, also spoke about his candidacy for President of the African Development Bank (AfDB) and the planned campaign in this regard which is backed by the Prime Minister in person, he said.

You are officially the candidate of Tunisia for President of the AfDB (African Development Bank), how do you assess your chances of being elected to this position?

I would first like to tell you how honored I am to be selected by my country to be its candidate for this prestigious position. I must also express my gratitude to the President of the Republic who had embraced my candidacy several months ago, and who spread the word to some African leaders. That said, you can imagine that if I accepted this nomination, it is because I feel that my chances of being elected President of the AfDB are relatively good, even if the mission will be difficult because the other candidates running for this position are excellent.

Do you plan a relevant campaign before the elections?

Of course. The launch of my campaign was announced last week by the Prime Minister in person who took that opportunity to extend to me his full support and that of other members of the government. The first stage, that of the pre-campaign, aims to secure the sponsorship of my candidacy by some sisterly and friendly countries which we intend to request shortly. The second stage will see the launch of the campaign itself with visits planned in a number of countries AfDB shareholders in Africa and elsewhere.

What is the real battle today in the economy?

The real battle is to restart the economic engine. I have great hope that this is entirely possible with the anticipated return of political stability and security. What I fervently hope for my country is that the next government can benefit from strong political support for it to be able to confront with determination the difficult but quite manageable economic situation.

In my humble opinion, only a government of national unity, or at least from a grand coalition, in which the two largest political parties join hands, is able to face the economic challenges with boldness, confidence and determination. Imagine the edifying example we give to our people and to the world if the major political forces in the country came together to serve the best interests of the nation!

What do you think of the 2015 finance law? Can we talk about failure?

To be quite honest, I really have not had time to review the 2015 budget so I cannot give you a sharp look on the issue.

Do you think Tunisia is on the right path, politically?

Absolutely! I was able to see, during my recent travels abroad, the great respect and admiration our country enjoys for the way it has handed the transition to democracy and the highly civilized organization of legislative elections. I hope with all my heart that our country can now enter the phase of democratic consolidation and thus trigger a virtuous and synergistic circle of mutual consolidation of the democratic process and socio-economic prosperity.

Why have you not submitted your candidacy for president? You are not interested?

I was actually approached by some friends and supporters who encouraged me to submit my candidacy for the presidential election, something I categorically refused, for several reasons. First, I have a personal appreciation of the stature and qualities that a president must have and I felt that I was still far off.

Secondly, I believe that my background in political activism is over shone by those of some candidates especially since one of them, to whom I owe respect, was my own boss in the third transitional government.

Finally, the opportunity, a real one, to stand for the presidency of the AfDB, is played on a field that is familiar to me and for which I have definite assets. The choice was so quick with the hope that Tunisia would come out winning, which is my ultimate goal.