HomeNewsTunisia-Ukraine: 5 or 6 flights to be launched as of April
News

Tunisia-Ukraine: 5 or 6 flights to be launched as of April 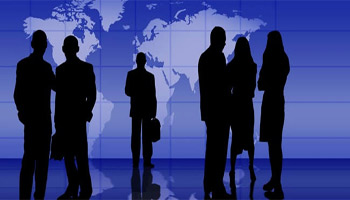 Between 5 and 6 direct flights will be launched between Tunisia and Ukrainian large cities, as of April 26, 2016, Ambassador of Ukraine to Tunisia and Libya Mykola Nahornyi announced at a press conference Wednesday in Tunis.

The flights, which will be probably operated by Company Nouvelair and Ukraine International Airlines, are aimed to develop tourism cooperation and to allow Tunisian businessmen and students in Ukraine (usually transiting by Turkey, France or Germany), to save time, he said.

Tunisia is the second trade partner of Ukraine in Africa with trade of about $ 300 million / year (600 million dinars).

Besides trade, Nahornyi emphasized the importance of boosting economic cooperation and joint investment through the development of relations between the Tunisian and Ukrainian private sectors.

The ambassador said, in this context, that he had proposed during his meeting with the President of UTICA (Tunisian Confederation of Industry, Trade and Handicrafts) the creation, as soon as possible of a Tunisian-Ukrainian Business Council.

Direct contacts have already been established between businessmen of both countries on some projects, including the creation of a Ukrainian car assembly plant in Tunisia in order to market them in Tunisia and Africa, he added.

Partnership agreements on the encouragement and protection of investments are under consideration, which is conducive to the implementation of joint projects between Ukraine and Tunisia, he said.

He also cited agreements under preparation on civil status and legal assistance in civil and criminal cases in addition to a draft convention between the Agency and TAP news agency Ukraine press agency Ukrinform on the exchange information and photos.

He called also for the reopening of the Embassy of Tunisia in Ukraine that has been closed since 1996 for financial reasons, stressing the importance of the role of the embassy in facilitating formalities for Tunisian families and students in the country and the promotion of the Tunisian destination for Ukrainian tourists.

Tunisia: dinar up against dollar

Tunisia: Indian company in Enfidha to be liquidated