HomeInterviewTunisia: unemployment is not only an economic problem but also a political...
Interview

Tunisia: unemployment is not only an economic problem but also a political one, says expert Mongi Mkaddem 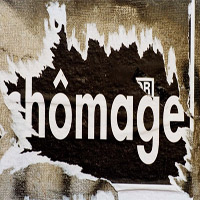 Mongi Mkaddem, academic and expert in economics pinpoints the weaknesses of the Tunisian economic model, which is considered the main cause behind the increase in the unemployment rate. He suggests some recommendations to address this serious problem. Interview:

The high unemployment rate, estimated at 17.5%, is said to be the result of an inadequate economic model adopted for decades by the former regime. What do you think?

Unemployment is structural, and it is due to the development model that governs the issue of employment in Tunisia. It is a model that has failed, since it generated very high rates of unemployment, regional disparities and imbalances at all levels. It is quite normal that the problem lies fundamentally in the design of development and in the major choices that effectively underlie this model.

What are the weaknesses of the model adopted?

Weaknesses affect, first, the fundamental and structural imbalances. If we look at the last twenty years, we see that there are choices that have been made but were not good choices.

Moreover, growth has been favored to the detriment of development. What was essential in that model is quantity: how to increase production, how to reduce the external imbalance, how to reduce the deficit in the balance of payments, but we have neglected the qualitative growth, the standard of living, regions and especially the underprivileged population. As a result, we are experiencing increased poverty and increased unemployment.

There is also another fundamental imbalance which is the reliance on cooperative advantages based on something fixed. It is the cheap labor, which means that the only element of competitiveness we boast is precisely our cheap labor. However, this cannot continue since competitiveness between countries now does not depend only on the level of wages, or the cost of labor, but it relies on other factors such as productivity, technology.

This truth explains therefore the unemployment rate of university graduates due to a production system that does not need this category. In terms of agriculture, services and industry we only need skilled labor.

Eight hundred thousand unemployed people in Tunisia and the government is increasing efforts and initiatives to address them. Efforts remain however below the expectations of citizens who continue to warn against the policy adopted in this regard. Will the new strategy being prepared meet this challenge?

First, it is a strategy which always lies in the medium and long term. This means that we should not expect that today, we give recipes that will be applied tomorrow, and from that time on unemployment will begin to decrease.

So we’re talking of a strategy: building the foundations of an economy that can create jobs. Obviously, answering this question is not an easy thing.

Currently, nothing has been resolved. We continue to experience this problem very seriously. We live in a transition period.

What are the steps to be taken to remedy this situation?

All we can do now is to implement short-term measures to alleviate the suffering of the unemployed population.

In such a sensitive climate, will Tunisia be able to meet this challenge?

Unemployment is not only an economic problem; it is also a political problem. Today, we need to clarify a lot of things before embarking on the implementation of this strategy.

It’s fine to define the strategy, but its implementation takes a lot of effort. In the present state of things, everything is blurry. We are currently experiencing a random situation.

How can we be expected to engage in a strategy or even take action in the short term in this current context? This becomes very difficult given the political and economic prospects.

Overwhelmed by debt and tax, CC is in danger of going...