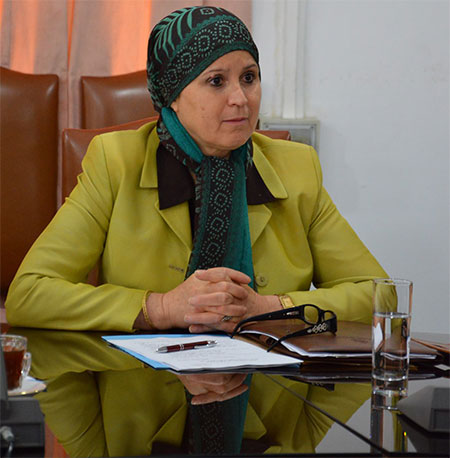 Raoudha Larbi, Planning Director at the Ministry of Public Works, Housing and Sustainable Development said she was reassured by the efforts made to develop a new Code of Spatial Planning and Urban Development which will be ready at the end of this year. The aim is to make spatial and urban development a lever of social, economic and environmental development. To this end, the approach is to strengthen decentralization to promote local democracy while empowering all stakeholders involved.

Let’s start with the national dialogue held June 11 and 12 under the theme “Reform of the Code of Spatial Planning and Urban Development (French: CATU). What are the main recommendations?

The most important recommendations revolve around the confirmation of the need for a total reform of the code of town planning and urban development, while placing it in a manner consistent with the objectives and provisions of the Tunisian Constitution, particularly regarding decentralization and good governance.

The topic has been widely discussed especially on the modes of implementation of decentralization and the powers to be given at the local and regional levels to achieve this objective as well as ways and steps to follow.

Other recommendations relate to resources and funding mechanisms relating to town planning and urban development. This is important because we could not make plans without having the financial resources needed to implement these projects, which is currently a big problem.

It is for this reason that we are working to adopt a new general vision throughout the country and move towards a balance in this regional vision especially in cities.

There should be a regional balance with less social disparities while reviewing the operational tools of spatial planning and urban development to become a lever for economic development and so that procedures and regulations are eased.

What actions have you been working on since the holding of the dialogue?

We are including these recommendations in the document on which we are working. Moreover, a committee at our ministry is working on it.

A commendable effort is now deployed and by the end of the month of August, we will plan the document that will be put to consultation by all stakeholders involved for opinion.

In this situation, the development of a new CATU is a priority and it will, in my opinion, be ready at the end of the year.

Is it possible to meet this challenge in such a situation?

Definitely yes. It is a necessity not only for stakeholders, but also for our country given the problems faced such as the proliferation of anarchic construction that continues to take alarming dimensions, non-compliance with regulation and other problems hampering economic development. Really, these are huge problems, hence the need to develop a new CATU, especially as we are working on the basis of a document dating back to 1994.

This document is in all respects outdated though it has been partially revised without solving the problem.

To what extent can this new document help solve the problems faced?

We can meet the challenge. Because the terms will be automatically applicable and the procedures for development, approval and implementation of planning documents will be simplified.

Indeed, we are planning to shorten the time of preparation of land-use plans from an average of 8 years now to two years. Especially since it appears that the completion of the plans after the aforementioned period (8 years) is no longer consistent with the urban reality because of the rapid urban expansion without planning.

Similarly, it is planned to shorten the period for granting building permits, from an average of five months to 45 days.

So what will be the date of application of this new urban development plan?

Can we say that this is an achievement for the Housing Department?

This is an achievement for the country and not only for the Ministry of Public Works, Housing and Sustainable Development. Indeed, urban planning affects all players and even the entire population.