Tunisia-USA: US support to Tunisia highlighted 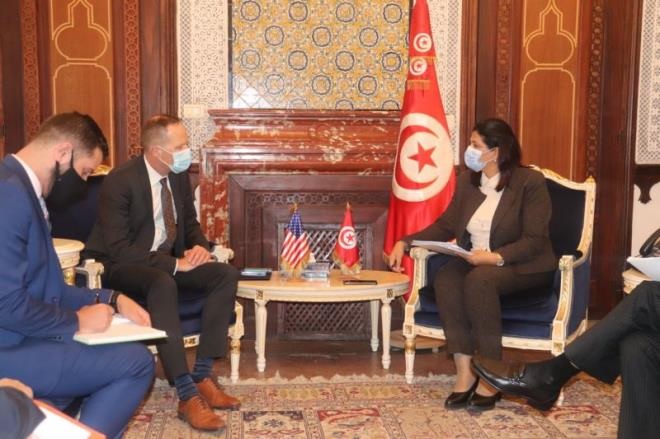 Deputy Assistant Secretary for Africa and the Middle East at the US Treasury Department Eric Meyer reiterated Monday, Washington’s commitment to supporting Tunisia in its economic reforms.

Received by Finance Minister Sihem Boughdiri, the US official expressed the hope that the Tunisian government will reach an agreement with the various stakeholders to implement economic reforms.

For her part, the Finance Minister praised the support of the United States for Tunisia, especially during this difficult economic situation.

In this context, she stressed Tunisia’s determination to reach an agreement with the International Monetary Fund (IMF) to be able to implement the necessary reforms and relaunch the economy.