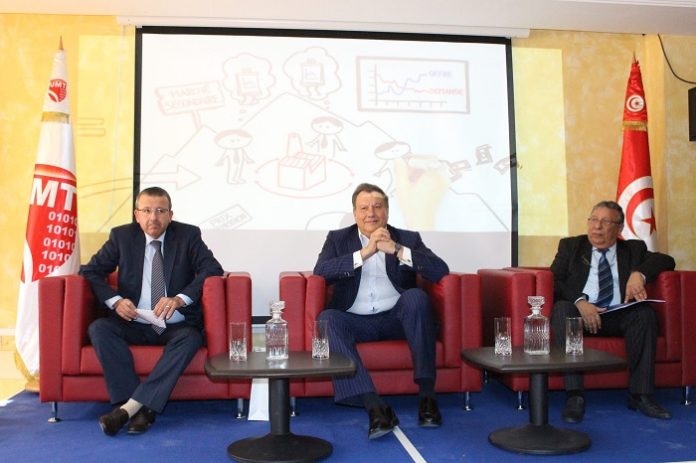 The Montplaisir University in Tunis on March 8 held a conference under the theme “Stock market culture and its impact on the development of the financial market”, in partnership with the Tunis Stock Exchange.

The conference took place on the inauguration of the market room for students of the University, including the Masters in Engineering, Actuarial Science and Finance.

The aim is to enable students of this university to combine practice with theory and to carry out the exchange trades on the spot, where they will be trained and can themselves issue orders for sale and purchase on the stock market in real time.

The establishment of a market room within the university is also a first in Tunisia and is also a source of income for students who can generate profits on financial transactions.

Bilel Sahnoun, the managing director of the Tunis Stock Exchange, said in a statement to the press on the sidelines of the meeting that the stock market’s contribution to the national economy remains very low, even insignificant, as it has not yet exceeded 10%, compared with Europe and its 40% or the United States with its 60%.

He explained this by the low level of national savings that currently does not exceed 11% of GDP, compared with 22% in 2010.

The absence of a culture among entrepreneurs, investors and private individuals also explains the decline in the contribution of the stock market to the country’s economy, despite its crucial role in the development of the financial market.

Bilel Sahnoun said, however, that in order to create a stock market culture, the necessary mechanisms and legislation must first of all be put in place with the aim of ensuring a better contribution of the major sectors to the stock index and subsequently to the country’s GDP.

Ahmed El Karam, Director General of Amen Bank, stressed the need to ensure harmony and even complementarity between banks and the stock market in the financing of the economy.

As a result, the stock exchange will allow SMEs to access self-financing and consequently increase their own funds.

However, the DG of Amen Bank said that this complementarity must be based on four fundamental pillars: good governance, transparency, credibility and efficiency. “Credibility is a fundamental component that is gaining gradually, otherwise we could not be accredited by our foreign partners,” he said.

In addition, he welcomed the launch of this market room at the University of Tunis, an initiative that will allow students to pursue the trades of the exchange on the spot.

Former Finance Minister Jalloul Ayed said the launch of a trading room is a good decision, stressing that such an initiative has been launched in Morocco for a long time and contributed a year later to the level of 30% of the revenues of the Moroccan Foreign Trade Bank (BMCE).

“We must never say that we are not ready. We must go, “Ayed said, pointing out that the stock market is only a small part of the financial market.

A balanced financial market must, according to him, meet the needs of all enterprises (micro, medium and large). “One of the things we did when we were in power was to set up a capital framework to encourage the creators of investment funds and that was where the Deposit and Consignment Fund had emerged, “he said.

Regarding the stock market culture, Jalloul Ayed called for the establishment of this culture in the first place among institutional investors, executives and the government even among individuals, and this is where it is really necessary to make an effort, he said.