HomeFeatured NewsTunisia: why dropping oil prices are not reflected on the Tunisian consumer?
Featured News

Tunisia: why dropping oil prices are not reflected on the Tunisian consumer? 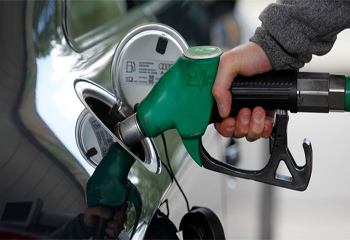 Global oil prices have kept dropping to their lowest level in four years. Oil traded in New York retreated at the opening Wednesday, and at 2:15 p.m. GMT, a barrel of Light Sweet Crude (WTI) for delivery in December yielded $ 1 on the New York Mercantile Exchange (Nymex) to $ 76.94.

This is a continuation of the downward trend in place since the beginning of the summer and has caused crude oil price to lose nearly 30% of its value, and it would be in the order of things that price of oil barrel goes down to $ 75.

Despite the sharp fall in prices, OPEC members have recently showed they were divided on the issue. Some prefer to cut their prices to their customers in order to defend their market share. Others argue for a reduction in supply to halt the slide in the price of black gold.

Since, at the same time, oil production is increasing in the United States and prices have to go down even lower before this becomes less profitable for companies, we find ourselves in a market where demand fails to advance at the same pace than supply. Demand prospects were even more clouded Wednesday by weaker than expected figures of industrial production in Europe.

Oil prices continued to decline close to a lowest level in four years of European trading, still crippled by bearish fundamentals, in the absence of prospects for the reduction of the supply surplus on the global market.

The sharp decline in crude in recent months after three years of stability is it due only to balance the market? Maybe not. While the slowdown in the global economy, particularly in China, is helping to curb demand. With the development of their shale oil production, the United States certainly no longer need to import oil.

Surely, the Libyan and Iraqi oil began to flow abundantly, despite the mess in the Middle East. But oil prices, which stabilized at around $ 110 per barrel at the beginning of summer, have lost 30% of their value in the space of four months. It reached its lowest level since 2010.

Contrary to what might be expected normally, this dizzying and significant drop in world prices has not been a boon for Tunisians. Staying on their feet, the authorities do not seem to bother about it, going as far as to maintain the current price increases at the pump, now and later.

Moreover, the government continues to go into a silence that has escaped no one about this remarkable easing in world prices for fear of having no doubt to reflect them on local prices.

Only the Governor of the Central Bank of Tunisia, Chedly Ayari, reluctantly acknowledged that “this is good news for the Tunisian economy,” adding that this drop as well as that of food commodities will have a positive impact on the rest of the year and on the 2015 state budget.

However, will this finding be followed by an effect on consumers? There is no reason to believe that this will be the case as the oil subsidy under the compensation fund is rising exponentially and the government struggles to reduce it to acceptable levels.

Certainly, the increase in subsidy is correlated to factors ostensibly beyond the control and the good will of the authorities, such as oil prices and consumption, but there is a fundamental problem that taints the whole architecture and the policy adopted with respect to hydrocarbons. This is called governance and risk management. Recurrent and prohibitive increases in energy prices can affect disastrously the national economy and social peace, to the extent that these increases can only lead to a decline in the competitiveness of Tunisian industry and deterioration of Tunisian consumers’ purchasing power, and hence, as was the case in 2013, a lower tax revenue for the state (corporate tax, VAT and consumption taxes).

Would it not have been otherwise more useful to manage external risks, particularly global oil prices by increasing, for example, the supply capacity to make the most of the potential drop in oil prices in the market? Other financial instruments may allow the state to take advantage of the frequent drops in oil prices. Similarly, an increase in the bargaining power of the administration, particularly the committee on planning gas supply can reduce import costs. Optimizing the assets of Tunisia such as the geographical position (between two major oil and gas producers), or strong sunlight of the Tunisian territory could also reduce energy costs.

Add to that the fact that part of the Tunisian primary energy consumption is produced locally, which allows not only to be less dependent on price fluctuations on the international market, but also to reduce the cost of consumption of energy, given that natural gas is the main source of primary energy in Tunisia, i.e. 55%.

In this regard, the question arises as to why the price of natural gas is not taken into consideration during the annual planning of state expenditure. There is only talk about the price of oil.