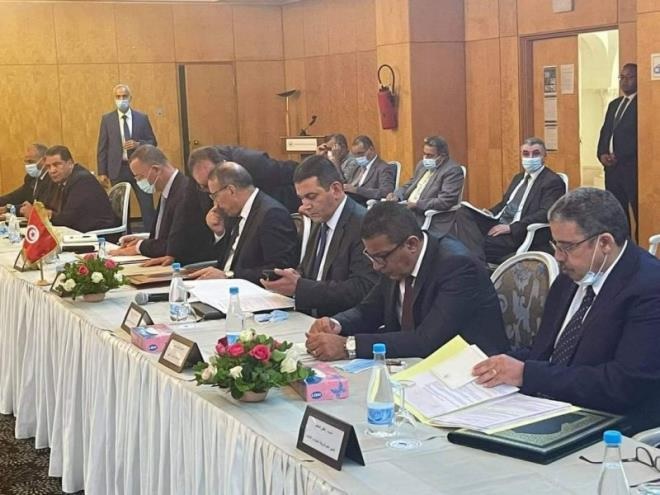 Tunisian and Libyan officials have agreed to reopen the air and land borders in two days, Saber Bougerra, Executive Director of the Tunisian-Libyan Economic Council said Wednesday, adding a health protocol will be applied between the two countries.

This protocol states that travellers from both countries (over six years) have to be fully vaccinated and present a negative PCR test, said Saber Bouguerra, adding that all those who are not yet vaccinated are called to observe a mandatory quarantine in a hotel. The cost of this quarantine will be charged to travelers, he pointed out.

Bouguerra said these new measures were taken at a meeting held Wednesday in Djerba, between the Libyan Ministers of Health and Interior who led a delegation and their Tunisian counterparts.

The border between Tunisia and Libya was closed by the Libyan government on July 8, 2021, because of the spread of the COVID-19 mutated strain “Delta” in Tunisia.

This decision drew strong criticism from Tunisians and blocked hundreds of people at the border crossing of Ras Jedir.

In mid-August, the government of Libyan Prime Minister Abdulhamid Dbeibah announced the opening of the borders, but this decision has not been implemented, due to the refusal of the Tunisian side.

On September 9, Dbeibah made an official visit to Tunisia to ease tension between the two countries following reports of mutual accusations related to the issue of terrorism. Both sides have categorically denied these accusations.

Ras Jedir in Ben Guerdane and Dhiba in the governorate of Tataouine are the main border crossings between Tunisia and Libya. Their closure has led, on several times, to protests in both countries.

The Ministry of Foreign Affairs, Migration and Tunisians Abroad had stressed, Tuesday evening, that the temporary closure of the Tunisian-Libyan borders was part of the fight against the COVID-19 pandemic.

Gabon: Gabonese elected head of the Association of African refiners