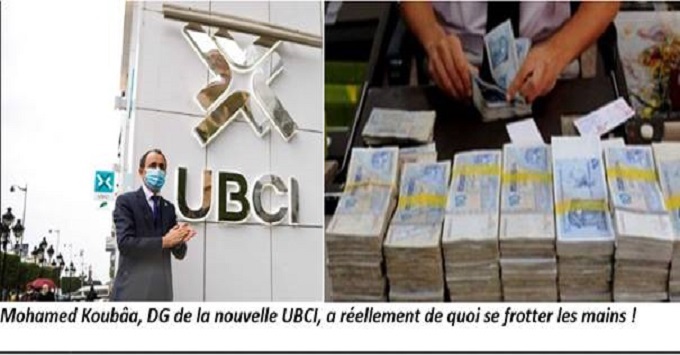 As we said earlier, if the Tunisian state seems to be lacking liquidity to invest and cover its expenses, Tunisians are not and still seem to have enough resources to withstand the crisis.

Tunisian listed banks recorded a growth in outstanding deposits of 8.2% to 78.3 billion dinars, or a little more than half of GDP (For the Benchmark, Tunisia’s GDP in 2021 was 151.059 billion DT according to WB figures), at the end of the first nine months of 2022. And it is known that “the volume of cash circulating outside the official banking circuit, varies between 3 and 4 billion dinars,” according to what indicated governor of the BCT, Marouane El Abassi in October 2018.

That figure would have an explanation. “It seems that the beginning of the economic recovery after the 2020 recession (a GDP growth of 3.1% in 2021 against a contraction of GDP in 2020 of 8.7%) has prompted the return of liquidity to the banking circuit,” says a latest analysis of the performance of the banking sector, made by the stock market broker Tunisie-Valeurs (TV).

The UBCI regains strength on resources

With the partial exit of the BNP Paribas Group from the capital of UBCI (sale of 39% of the capital to the Group La Carte) and the “tunisification” of the capital of the bank, the face of the deposits of the listed sector has changed. The share of deposits held by subsidiaries of foreign banks has decreased from 30% in 2020 to 25.4% in 2021.

UBCI stood out on the collection side in 2021. “The change in the round of funding achieved in March 2021 seems to give a fresh impetus to the business performance of the new subsidiary of La Carte Group,” says TV. UBCI has only the 10th largest amount of deposits in the sector (BIAT being the 1st with more than TND 16.2 billion, followed by BNA and STB), it has nevertheless recorded the highest growth rate of its deposits. A double-digit growth in its outstanding deposits (+16.7%), with an amount exceeding the bar of 3 billion dinars. “UBCI owes this performance, mainly, to the good evolution of sight deposits and time deposits (a respective growth of 19.8% to 1.8 billion dinars and 26.5% to 473 MD),” explains Tunisia Valeurs.

Tapping into decreasing cost of resources, it draws on them

And the latter still indicate that “despite the small size of its commercial network which has only 103 branches against an average of 135 branches for the listed sector, UBCI draws its strength from its structure of advantageous resources dominated by low-interest deposits (58% of resources come from demand deposits, at the end of 2021, the highest share at the scale of the banking sector). As a result, it has the lowest apparent average cost of funds in the market (2.8%, according to our estimates).

The stockbroker’s analysts did not find it necessary to warn of the danger of a resource race, as one might expect. Analysis: “according to our estimates, the sector’s apparent average cost of funds depreciated by 55 bps (basis points) to 4.4% ; a decline that remains less pronounced than that of the MMR,” explaining that “the invariability of the key rate of the BCT and the rate of remuneration of savings to 6.25% and 5% respectively, the decline of the average annual MMR of 62 bp to 6.2% over the year 2021, compared to the year 2020, and the stability of the proportion of term deposits to 31.1%, which have relieved the cost of resources of the sector.

Choosing the right timing to do so, the bank of the group “La Carte” of Doghri (38.9% through the SCF Holding), Tamarziste (12.95% of capital), Sellami (8.85%) and Bouricha (5.28%), not to mention the 11.09% that keeps the French BNP-Paribas, seems to show a good management of risks that could represent expensive resources.

Tunisia: reported investment in industry down in H1