HomeInterviewWe must keep chambers of commerce and industry away from administrative and...
Interview

We must keep chambers of commerce and industry away from administrative and political problems, says Mounir Mouakher 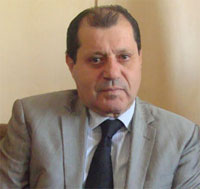 In a telephone interview with Africanmanager, Mounir Mouakher, President of the Chamber of Commerce and Industry of Tunis (CCIT) denounced the interference of the Ministry of Trade with Chambers of Commerce, stating that they are independent structures which provide services to different companies.

The date of December 29 for the election of Chambers of Commerce and Industry is controversial, pushing the employers’ organization to call on the Prime Minister to postpone this date. Can you please clarify?

This is reasonable since UTICA and professionals were not consulted during the development of this new regulation, more specifically, the Legislative Decree No. 3672 of September 19, 2013 which has many shortcomings?

Can you be more specific?

In my opinion, this regulation contains three critical gaps. Indeed, this regulation affects, first, the independence of Chambers of Commerce and Industry. This new regulation also affects the composition of Chambers of Commerce and Industry and this is not acceptable since we are independent chambers. Worse, the composition of the election commission is also targeted by the regulation, and this is shameful. There is also another gap related to the exclusion of members having served two terms. In other words, they do not have the right to stand for the election of their chambers.

What do you think are the reasons that led the Minister of Trade to develop this regulation?

It is simply to eliminate people who worked hard for their chambers in particular and for serving the national interest, in general. But as I said at the outset, this is unacceptable. Chambers in all countries work independently. More, Tunisian chambers of commerce followed the French example that prohibits the intervention of the Ministry of Trade in this area. They are also structures that provide services to companies.

So you reject the decision of Abdelwahab Maater?

We reject the Department’s desire to control the chambers of commerce and industry. Its commitment, in fact, to hold elections on December 29, 2013, leads us to ask several questions especially in this critical climate marked by the deterioration of the political imbroglio and the proliferation of social movements.

It is for this reason that Wided Bouchamaoui, on behalf of 8 chambers, said she had renewed to the Prime Minister the total rejection of the election date that has been imposed and decided unilaterally. And once again, we refuse the involvement of the supervising ministry which remains, in my opinion, a moral authority rather than a structural authority.

What is your message to the Prime Minister?

We call on Prime Minister Ali Larayedh to intervene to end this controversy, especially as chambers of commerce, whose number is 8, need real assistance to enable them to promote their activities and better contribute to the economic recovery.

Can you describe to us the state of affairs of chambers of commerce?

This is an important issue that requires careful thought and a great job given the difficulties faced. But I can assure you that if we want to boost the Tunisian economy, it is useful to improve the performance of chambers by giving them the necessary resources.

Moreover, we have made several recommendations to develop this activity and its revenues, but here we are still waiting for a positive response from the authorities, including the Ministry of Trade.

What actions should be taken?

We must keep the chambers of commerce and industry away from administrative and political problems. I think it is important to promote the activity of chambers so that they can develop and preserve the gains made over the years.