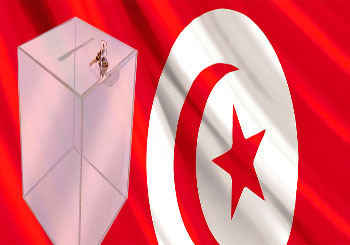 Talks are ongoing between the various political forces to find a solution to the crisis that has shaken the country since the assassination of Mohamed Brahmi on July 25. There is a single credo: putting the national interest above all to succeed in this last phase of the transition and prepare for the next elections.

Elections will probably have different characteristics because they will be held in a particular and delicate environment. By clinging to power, Prime Minister Ali Larayedh states the importance of initiating a national dialogue to form an “electoral” government responsible for coordinating the organization of elections.

Based on this fact, a meeting was held on Thursday around the theme of “mechanisms and procedures to ensure fairness of the forthcoming elections.” It is for the organizers an opportunity to inform the components of civil society of their project to support increased transparency of the next elections, the objective is to improve the transparency and credibility of elections through the implementation of necessary mechanisms and procedures.

The success of the electoral process is the responsibility of all

To complete this mission, the involvement of all components of the civil society and political forces is a necessity. “The election body (ISIE) alone is unable to guarantee fair elections,” noted Omar Boubakri, former chairman of the regional committee of the Independent High Election Authority, placing emphasis on the involvement of all stakeholders.

According to Omar Boubakri a strategic role should, in this sense, be played by the National Constituent Assembly (NCA) as the only legitimate institution in Tunisia. That institution is required to pass the electoral law, approved by all stakeholders.

This is a major challenge since it comes at a particular moment when the crisis continues to worsen. As a solution, Omar Boubakri suggested greater collaboration between public institutions and the ISIE. “The role of all components of the society is important to create a favorable climate for elections, which will be a milestone for Tunisia after January 14,” he indicated.

Also, it is planned, according to elections expert Lassaad Moussa, to intensify actions to oversee all stages of the electoral process. This will help reduce errors, he said. In this context, the establishment of a legal framework is useful for addressing this challenge.

For his part, Mounir Amri, a member of the Tunisian Association for Integrity and Democratic Elections “ATIDE,” took the opportunity to sound the alarm about the possibility of the return of corruption through political funding. “With corrupt political funding, I’m sure the polls will reflect the decisions of leaders rather than the position of the people,” he said.

Will the sociological reality meet the criteria of elections? Definitely yes, Mounir Amri said, adding that election is a culture of citizenship that is practiced on the ground.

To allay all fears, the establishment of a number of mechanisms is needed, according to Amri in order to ensure the success of this “historic marriage.” Among mechanisms that could reduce the effect of corrupt political funding, Mounir Amri called for the revision of the legal framework organizing political funding already set up specifically for the elections of October 23, 2011.

It is time to accelerate the procedures for revising the framework while setting the criteria of political financing,” said the representative of ATIDE, adding that “besides review,” it is important to establish the criteria of control of these funds.”

Tunisia, one of the cheapest holiday destinations for UK holidaymakers