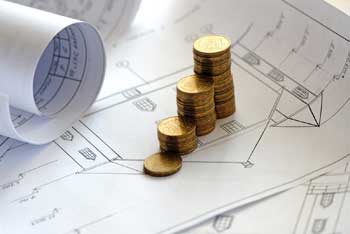 Sub-Saharan Africa whets the appetites of bankers. After a local bank, it is the turn of AMEN Bank to unveil its strategy to support Tunisian investors who have sense of adventure on the continent.

CEO of Amen Bank and President of the Tunisian Professional Association of Banks and Financial Institutions (APTBEF), Ahmed El Karam spoke about the subtleties of that issue on Express FM Radio on Thursday.

He said the “Caisse de Dépôts et Consignations” of Amen Bank will set up a fund to subsidize the programs launched by Tunisian investors.

“This initiative aims to strengthen and enhance the positioning of Amen Bank in Africa; 30 million dinars will be allocated to the support of Tunisian investors. This should help them integrate into African business networks and boost the Tunisian economy, “said Ahmed El Kara.

This is a tantalizing prospect. We can only welcome this brutal awakening – because, indeed it is, quite honestly – on the part of banks, investors and even policy makers about the realities of their continent. After all, Africa, we do not say it enough, is the natural prolongation of Tunisia and it is a continent where everything remains to be done and where some countries, rich in natural resources, have capital and many capital. And that’s good; Tunisia has expertise, skills and a wide range of industrial offers for sale.

Therefore, from that point of view there is a perfect match between the needs of sub-Saharan Africa and the opportunities offered by Tunisia. However, the country does not use enough its margin in Africa. There are lots of reasons for that.

Prayer carpet before the mosque

There is no doubt that SSA is the fashionable destination for Tunisian investors, at least according to the statements. The concern is that the backyard does not follow. While we know that it is crucial for business. For example, the commercial director of the Tunisian flag carrier, Tunisair, Karim Gueddich, announced at a press conference on Friday, February 5, 2016 that the company will increase weekly flights to Ivory Coast from 3 to 7. However, nothing has happened since the announcement. There was no specific indication, while the stakes are high, given the prospects for double-digit growth of Ivory Coast.

Mr. Gueddich added that Tunisair is currently working on other new routes with other African countries such as Ghana, Niger and Sudan. But again, there is a deathly hush. And when CEO of Tunisiair, Mrs. Serra Ben Rejeb speaks out on this issue, it is to say that the company plans to bring its total routes to 18 in Africa, against 8 now, but we have to wait 2020! While it is now that everything is played, just when the Turks, Moroccans and Chinese are flocking to the continent to buy up very lucrative markets, taken out of the beak of the French who are overwhelmed by the imagination and dynamism of newcomers.

The fact is that Tunisia, despite official impressive positions, has no proactive Africa policy and no thought and planned strategy which is given real resources. This can be seen in sluggish and skinny economic diplomacy of Tunisia on the continent. This is the same for diplomacy in short. Tunisia has fifteen embassies on the continent, while Morocco, for example, has over 30. And then there are the endless and repeated tours of the indefatigable Mohamed IV, among others, to extensively lobby for Moroccan companies.

What is Tunisia doing facing this? Nothing … or very little; at least not enough to put the Tunisian investors on real launch pads.

And then there is the disastrous visa policy which, as pointed out by a report of the World Bank, put Tunisia – and the whole of North Africa – among countries of the continent that most lock out their territories. This is very bad for business.

We will give only an example to illustrate this inconsistency: Tunisair will open a new air service Tunis / Khartoum – the only new measure on the continent in 2016 – while visas are still required from the Sudanese to land in Tunisia. The typical example of the prayer carpet before the mosque…

Tunisia: investments reported in totally exporting industries decline by half