HomeNewsAgreement between IMF and Tunisia to be signed soon
News

Agreement between IMF and Tunisia to be signed soon 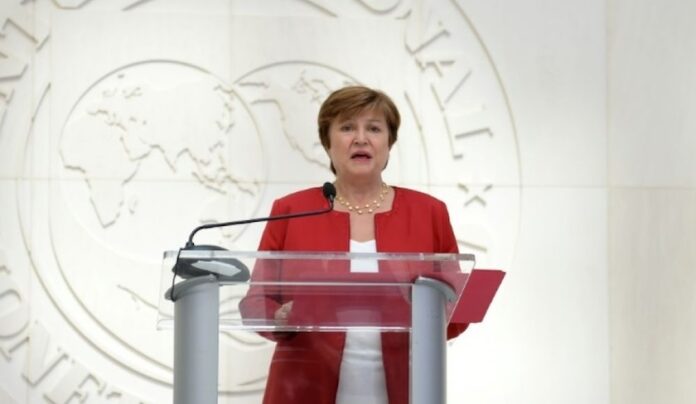 “I can confirm that with Tunisia and Egypt we are in a very advanced stage of discussing staff level agreements, whether it would be within days or weeks, hard to predict but it will be very soon,” Managing Director of the International Monetary Fund Kristalina Georgieva said in Riyadh.

“We’re looking at sizeable programs. The exact size is always determined through negotiations and finalized with the authorities,” she told Reuters Monday.

She added that the governments of both countries are grappling with economic crises that have strained public finances.

On September 19, 2022, government spokesperson Nasreddine Nsibi had told TAP, after the signing of the agreement between the government and the UGTT, all procedures are completed to present to the IMF, a complete file including major reforms. He estimated that the file will be approved in the coming weeks.

Earlier, Tunisia’s central bank governor, Marouane Abassi, told Reuters the value of the loan negotiated with the IMF is expected to be between two (02) billion and four (04) billion US dollars) over a three-year period.

The signing of an agreement between the Tunisian government and the UGTT on September 15, 2022 has given a boost to the negotiations of Tunisia with its main international donor, the IMF.

The fund had initially called for a broad consensus involving the social partners, including the unions, and other stakeholders in Tunisia, with a commitment to support reforms that involve them.

According to media reports, Minister of Finance, Sihem Nemsia, Minister of Economy and Planning Samir Said and Governor of the BCT and a team of Tunisian executives, representing the 400 people who have worked on the reform program, are expected to travel from October 10 to 16, in Washington to participate in the annual meetings of the  IMF and the World Bank.

The rating agency Moody’s has just reacted to the agreement reached on September 15, 2022, between the Tunisian government and the UGTT, concerning a 5% increase in public sector wages for the next three years.

On September 19, it called this agreement with social partners “a key step” towards a new program with the IMF, noting, however, that “hurdles remain. She mentioned to this effect, the difficult domestic and external financing conditions, assessing the financing needs of the Tunisian government to 15-20% of GDP per year, until 2025.

“These needs could be met only through the release of concessional financing under a new agreement with the IMF,” said the agency.

Moody’s reaction comes just after that of Fitch Ratings, which had indicated on September 15, that the agreement signed between the Tunisian government and the trade union (UGTT), raises the likelihood of a deal with the IMF.

The signing of this agreement on wage increases in the public sector, a demand at the heart of a strike that paralyzed Tunisia in June 2022, “removes a major hurdle to an IMF loan program,” noted Fitch Ratings.

Tunisia – Tourism: good start to beat all records of 2018!

Tunisia: project to promote handicraft products export to US market