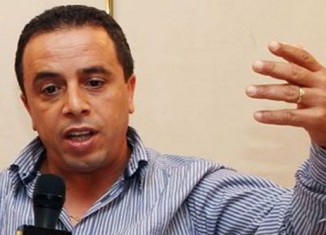 In an interview with African Manager, president of the Association ATIDE Moez Bouraoui, accused ISIE of not playing its role, while announcing that it is in possession of several documents on allegations of corruption in the work of this authority.

On another level, Bouraoui warned against the initiative launched by President Beji Caïd Essebsi which could affect the transition process, while causing the postponement of the municipal elections.

What is your view on the initiative of the President of the Republic on the formation of a national unity government?

The opinion of our association is clear. It is against this initiative because it just causes some disturbance in the political landscape, or to that of the management of public affairs.

The government has been weak since 2011 and this type of initiative can only confirm this weakness.

Things can get worse, especially since it is deemed difficult to form a national unity government by the end of this month. In my opinion, this goal can intervene only in the course of September.

What would be the impact of this policy change?

Each effect on the stability of the government will certainly have a direct impact on the elections that are being prepared. I think this kind of initiative can even contribute to the postponement of the municipal elections.

Besides the organization of these elections, the changes experienced by the political landscape could hinder work of the House of People’s Representatives (HPR), especially in the adoption of certain legislation including the Draft Organic Law on the local government code, and this is very serious.

If we fail to in this important event, the process of democratic transition may fail. For local democracy is the foundation of any democracy.

I think that the fact the head of state has chosen this timing to launch this type of initiative is scandalous.

Let us talk about the draft law amending and supplementing the law on elections and referenda, which discussions are continuing within the HPR. What are your reservations about this project?

ATIDE was skeptical from the start compared to some articles of the bill.

In terms of form, several gaps were recorded. Besides, it has not taken into account the proposals made by civil society in the work of the General Committee of the legislation in the HPR.

Several meetings brought together representatives of civil society and members of the commission, but it was simply protocolary meetings.

In terms of content, several sensitive articles such as the voting system used in the draft law on municipal elections arouse controversy, since they are intended to serve the interests of some parties in power.

This is the same conclusion for sector allocations which, in my opinion, do not meet any scientific criterion.

Our reserves also cover the method of appointing the head of the council, since he/she will be automatically selected to this position once it harvests the largest number of votes.

In the same vein, differences throughout the debates prevented finding the most suitable formula on some major issues, namely the right to vote of the military and security. What do you think?

It is shameful because the vote of security and military officers is a right guaranteed by our new Constitution, except in cases of war or state of emergency. Now the situation is different in Tunisia.

Even in this situation, the government must adopt a general law and in exceptional cases, it could use a definite exceptional law in time. This is a better solution; especially over 150 thousand voters are affected, all the more so that right to vote is one of the fundamental human rights.

I think party calculations are behind the rejection of this article.

Are political interests behind this controversy?

Certainly yes. Political interests that reflect the recklessness of politicians whose main concern is to monopolize the local authority to have a chair and prerogatives for the sole purpose of serving their goals at the expense of those of the nation.

But what about ISIE in the process which is deemed difficult?

The ISIE, by law, should protect the electoral process, but until then, I think it has resigned from its duties.

This body has turned, in my opinion, into a technical electoral machine and has no relation to the electoral interest. This has been proven repeatedly in recent presidential elections.

It’s simple. This can be explained by a lack of transparency of ISIE reflected in its refusal to present its election assessment report to the HPR within a period not exceeding June 30, 2015. But then, it broke the law and nobody had the courage to judge…

For interests with the political parties, it has not submitted that report. This leads us to speak of a suspicion of corruption…

This suspicion also affects the management of public money. Moreover, the ATIDE Association already has several documents that prove our assertions.

We have already submitted these documents to the parties concerned like the Prime Ministry and the Court of Auditors.

No mobilization on the part of those parties.

Existing authorities should act by taking adequate measures. At this level, the HPR is expected to hold a hearing session with the President of the ISIE to reply to those charges.

Tunisia: Our mission is to preserve the credibility of negotiations and...