HomeFeatured NewsAn original company in Sfax, to save and make the city's heritage...
Featured News 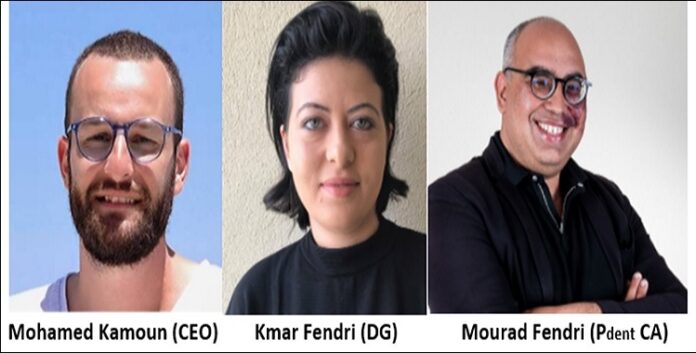 It is a favorite article designed to pay tribute to a purely civic-minded company. What’s more, it is made in a common economic and profitability approach. It began with our routine work of monitoring the financial statements of companies, known as “publicly traded companies”, which are required to publish these statements on the Financial Market Council (CMF) website.

We thus discovered a company, made up of engineers, architects and companies from the region, with equity capital.

“We are still in the implementation phase. We have therefore made financial investment of the money from the capital increase, whose income allows us to survive and cover at least the daily expenses,” CEO Mohamed Kamoun told Africanmanager.

The operating result, after taxes (500 TND), was however a profit of 18 thousand 665 TND. The explanation lies in the TND 77.257 thousand in financial income.

In fact, “Arije Elmédina” is an investment project in the Medina of Sfax which aims to save this invaluable heritage from an imminent and certain disappearance.

The mission of this citizen project is to acquire properties in the Medina, restore them and then rent them to quality operators in order to animate them with economic and cultural projects”, as indicated on its website.

– Restoring, renovating and putting back into the commercial circuit

Its business, citizen-committed it should be remembered, is “acquiring properties chosen according to their strategic location in relation to the overall project of Arije El Medina.

In addition, we buy properties that are in danger of disappearing in order to save them from certain disappearance.

The restoration is done using the same materials used for the construction and will adapt the building to the project planned inside.

We will take advantage of the building sites to organize training workshops for young artisans”, reads the company’s presentation.

In an intelligent way, the company headed by Kmar Fendri, assisted by engineer Mohamed Kamoun, and headed by Mourad Fendri as board member, is provisioning its profit to continue to reinvest it in the work of this company, which has no personal profit motive, but rather a corporate citizen.

Its work, in the form of citizen commitment economically well reasoned, is the restoration of the real estate heritage, until then of Sfax.

That heritage is left in abandonment and is in serious danger of disappearing.

It is a private heritage that is sometimes in the hands of several heirs who have neither the time nor the financial means to restore it and keep it alive, and whose purchase by the company was sometimes very laborious.

The profitability of this heritage, after maintenance and restoration, will be made by “renting the property to professional project leaders in their field of operation, and having a quality economic-cultural project who enhance the value of the heritage.

Arije, is certainly in Sfax, but does not exclude going to see elsewhere. Other associations for the safeguard of other Medinas in the country could probably follow its example, or entrust it with their heritage.

Don’t we say that a society without a past has no future? And this begins with the renovation and restoration of the brilliance of this past.