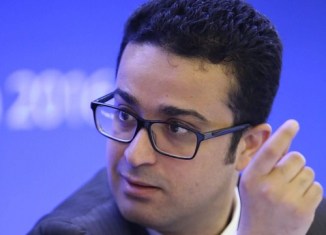 Ashraf Ayadi, a financial expert residing in France, gave African Manager an exclusive interview where he spoke about several points.

He also spoke of problem of budget deficit that continues to plague the economic activity but also the decline of Tunisia’s rating by Fitch Ratings and the recent report of the International Monetary Fund (IMF) on Tunisia.

How do you see the current economic situation in the country?

Complicated. The degradation of purchasing power, the explosion of the informal economy, the inability of the administration to provide quality services to citizens and investors, the failure of public hospitals, public schools, youth’s distress, …

The economy is a whole that is not just a few macroeconomic indicators. We may sometimes wonder if Tunisia still promotes dreams, including for its own children. It is a pity because we have one of the highest economic potentials in Africa and the Arab world.

Will Tunisia be able to easily control the budget deficit that has been increasing over the years?

The budget deficit and the external debt are incurable diseases for a country unable to increase revenues without straining economic activity, or to reduce jobs without causing a social crisis.

In this respect, our successive rulers have simply shirked their responsibilities and made politics on the backs of public money.

Fleeing austerity is one thing, fleeing responsibility for macroeconomic imbalances is another. Our economy is not steered because, quite simply, there are no other economic projects for our rulers than to arrive with as little damage as possible to the next elections.

No direction, no strategy, no vision and most likely not the right profiles to deal with the immense challenges facing Tunisia.

Fitch Ratings has downgraded the debt rating, what effect on Tunisia? And if our country comes out on the international market, what do you think will be the answer? Is it still simple for Tunisia to mobilize external resources?

The more favorable this rating, the more Tunisia would be able to raise significant amounts at a sustainable cost.

The interest rate to be paid to investors in Tunisian debt would be crescendo with each degradation of this rating. It is certain that the fiscal year 2017 will be affected by this deterioration.

The current macroeconomic imbalances are untenable in the medium term: uncontrolled growth in public spending, low economic growth, chronic twin deficits, and a significant share of the economy that escapes the tax burden.

An increase in interest rates on foreign currency fund-raising would aggravate the debt service situation and could potentially jeopardize future growth opportunities.

What do you propose to get out of this situation?

For me, there are two absolute emergencies: recreate the state and give hope to youth. These are certainly not easy things to do, but he who expects the task to be easy should not accept to govern.

First, the re-credibilization of the state would require dealing major blows to proven cases of corruption and using them to set an example.

From the high-ranking officials who have plundered public money, to the oligarchs of fresh produce stocking and distribution that are pushing prices higher, passing through some heads of border smuggling.

The state should also demonstrate its capacity to reform and transform. There are public companies in the financial sector, in the transport and energy sectors that are waiting for decisions that are not obvious when you do not have the political courage to decide.

There is a time when public finances can no longer be limited to merely noting the losses and borrowing to pay for them.

As for the youth, the other absolute urgency, the acceleration of the massive departure of the most qualified and dynamic of them under other heavens, should challenge us strongly.

Our country must continue to make us dream and tell us that we have a future on our soil with ours.

We need to reposition the training programs to give more space to English and soft skills.

Bringing universities closer to companies is an imperative. If unemployment is to become the exception, it is necessary that training by alternation becomes the norm.

Our country must continually remobilize its skills abroad and offer them a way back to their roots. They are the company’s investment in its own future.

With what they have learned, with their networks, what they can do on a day-to-day basis would be, in my view, a permanent investment forum that would cost the taxpayer zero.

Not being able to give new hope to youth is synonymous with condemning the economic growth and innovation of tomorrow, and perhaps the inability to pay pensions from those who are now in business.