HomeFeatured NewsBritish Gas would file a complaint against the Tunisian government!
Featured News

British Gas would file a complaint against the Tunisian government! 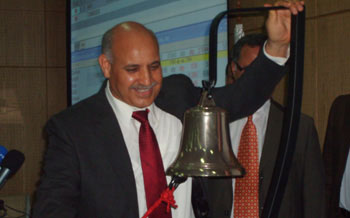 Chairman of the Committee on Energy at the National Constituent Assembly, Shafik Zarguine told Africanmanager, the company British Gas, in connivance with the former Minister of Industry, Lamine Chakhari, has benefited from the law on public contracts and the Hydrocarbons Code, through the illegal use of Tunisia’s reserves and in the absence of an extension permit.

The same source said that the British company has not kept its commitments under previous contracts, and this for two years. Africanmanager could not join the company for a response to these accusations.

Nevertheless, Secretary of State to the Minister of Industry for Energy and Mines Nidhal Ouerfelli, told us the situation of British Gas can only be resolved through the signing by members of NCA of the minutes of the Advisory Committee on Hydrocarbons, dated October 6 and 13 October, 2013 in order to avoid complex legal traps.

The same observers note that the NCA is currently under intense pressure to enact this law to the detriment of the interests of the State and the Treasury because of a “mistake” by the former Minister of Industry.

Chairman of the Committee on Energy, Shafik Zarguine, said that despite the refusal of the Ministry of Finance to validate the extension under the 5th amendment, due to the lack of legal basis (Hydrocarbons Code setting a limit of two renewals for research permits), former Minister of Industry, Lamine Chakhari had signed authorization to allow the company to benefit of the 5th amendment to the oil agreements under research permit “Amilcar” since 1988, and this in the absence of a legal basis.

Shafik Zarguine said the Ministry of Industry wanted to present the legislative with a fait accompli through its signature of the permit extension, and this by forcing the National Constituent Assembly to approve the amendment in the absence of a legal basis.

For his part, Vice-Chairman of the Committee, Kamel Ben Amara ( Ennahdha parliamentary group, resident in Qatar and executive in Qatar Petroleum), told us that the issue of the company does not rest in the operation permit which was granted in 1988 and expires in 2018, but in the extension of the exploration license and the use of 20 percent of the use of profits, especially since the agreement stipulates that 20 percent of the company’s profits must be allocated to specific projects, while British Gas, in cooperation with the Tunisian company of petroleum activities (ETAP), has initiated other projects that are not covered by the agreement signed by the company.

Background to the case

According to a document obtained by Africanmanager, the permit granted to British Gas to finance an LPG plant through the use of provisions for reinvestment under the LPG Gas concession Miskar permit, has been in the form a new independent company of British Gas which it owns 100 percent of the capital.

Former president Zine el Abidine Ben Ali then refused to grant permission to the company to complete the project components , but , under a memorandum of understanding signed after the Revolution by the General Directorate of Energy and British Gas, the renewal, gas transportation and financing of the plant from the provisions of re-use under the concession Miskar were agreed, in the absence of the agreement of the other parties concerned as provided under Tunisian law (the legislature and the Ministry of Industry).

The Ministry of Finance had then objected through the Directorate General for Research and Tax Laws to the renewed operation of LPG supplies by this company.

Despite this explicit veto, the current CEO of ETAP, Mohamed Akrout and the Director General for Energy and Industry, Rachid Ben Daly, have ignored and have not complied with the memorandum prepared by the Minister of Finance, while passing the 5th amendment to the agreement of the accord which was signed by the former Minister of Industry dated February, 18, 2012 and is currently subject to approval of the National Constituent Assembly.

According to the Ministry of Finance, the law is vitiated by breaches involving non-implementation by British Gas of the commitment it has made to drill two exploration wells at a cost of 30 million dollars in accordance with the commitments undertaken at the last renewal in 2012.