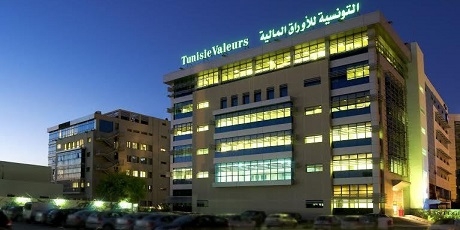 “The most interesting feature of the 2017 State budget is the level of tax revenue growth of more than 15%. There is an ambitious collection target, aided by new fiscal measures and notably by the economic contribution which should alone bolster the State coffers to 900 million dinars “. This is what was stated in an analysis note made by the brokerage house “Tunisie Valeurs”

The second element that needs to be emphasizes, according to the same source, is the increase of the borrowing resources, which will exceed 8.5 billion dinars in 2017. They have been estimated on the basis of strong support from the international organizations expected to contribute up to 4 billion TND. This contribution is far from being achieved. “Indeed, to read the IMF press release published after the recent visit of its delegation to Tunisia, the financial support of the Fund will now be” calibrated “according to the progress of the government reforms.

It is therefore not surprising to see, over the next few months, the financing structure (local versus external) balancing itself in case of delay in the release of external resources “.

The outstanding public debt now exceeds 60 billion dinars, made up of 2/3 by international financing. In five years, Tunisia’s debt has increased by almost 20 percentage points of GDP (64% at the end of 2017). The state “clearly lives above its means”; its income no longer covers its current expenses, which explains the frantic recourse to the indebtedness.

As explained quite often, it is not so much the outstanding debt for its own sake that must worry but rather its rationality. No one can oppose debt to finance investments, create jobs and generate added value.

There are many healthy Western economies with debt levels of more than 100% of GDP. But a debt to pay wages – as seems to be the case in Tunisia – creates no wealth for its citizens and only adds to the burden of reimbursements for future generations (especially with a depreciation of the currency).

The government’s efforts to curb wage increases are clearly visible in the budget: + 4% in 2017 compared to an average of 11% over the previous five-year period. This was a condition imposed by the IMF to continue its financial support to the country.

The second “effort” is illustrated by investment spending exceeding 6 billion dinars (+ 15%). This is the biggest increase in this area since 2009 and which indicates the will of the government to finally revive the economic machine.

But the gap in government spending is at the level of debt servicing which is close to the amount of investment. It could even have exceeded it had it not been for the maturity of the Qatari loan for 1 billion dinars (borrowed in 2012 and for which reimbursement was foreseen for this year). The budget deficit is expected to rise to 5.3 billion dinars (5.4% of GDP) in 2017.

Tunisia: Manuel Valls: We are all Tunisians