Chokri Yaïch to Africanmanager: The Government of Mehdi JOMAA has to be more courageous 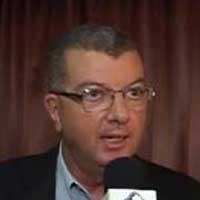 In an interview with Africanmanager, Chokri Yaïch, a member of the National Constituent Assembly (NCA) called on the Government of Mehdi JOMAA to be more courageous and implement urgent and concrete measures.

The deputy acknowledged that the situation of stability observed when Mehdi JOMAA came to power could not last long if the government does not apply the roadmap and address quickly and in an intelligent and efficient manner the thorny economic and security problems.

He described as unpopular the recent measures announced by the Prime Minister on wage freeze and gradual elimination of compensation.

How do you rate the performance of Mehdi JOMAA’s Government?

It is premature to make a definitive judgment on the new government because the period is quite short to evaluate the performance , but what is certain is that the almost unanimous national consensus around the new government have facilitated the rapid return to normal crowned by the recent lifting of the state of emergency, but it is not sufficient because such a situation would not last long if the government does not apply the roadmap and address quickly and in an intelligent and efficient manner the thorny economic and security problems.

The latest measures announced by the prime minister on the wage freeze and, the gradual elimination of compensation, parallel to the continuous decline in the purchasing power of citizens are very unpopular. Moreover, because our ability to repay debt is low, the IMF could soon revive the idea that Tunisia cannot meet its repayments and push the government to proceed with the privatization of such national companies as SONEDE or also STEG, which is unacceptable by the majority of citizens.

In your opinion, what measures need to be put in place to overcome the crisis?

I think the JOMAA’s government should be more courageous by implementing emergency and concrete measures, for example, the following measures:

– Restructure the administration, particularly in the various departments, boards and national companies by injecting new blood, while dismantling the sprawling network set up by the Ennahdha party: JOMAA dismissed a dozen advisers, but there remain several dozens that pull the strings down and attempt to defeat the government, how else to explain the recent strikes in key sectors of the national economy in these difficult times (finance and oil…)? Their goal is to get to elections while avoiding digging in cases and ongoing trials and overshadow the failure suffered by the troika over the past two years…

– Turn the final page of the centralized system by starting to get rid of several figures who have kept the same behavior as under the old regime of Ben Ali and have always preclude any rapid and efficient development of regions and therefore the country.

– Cancel all the privileges of senior officials of the administration in terms of official cars and the ” scores “of fuel coupons per year, which would generate a saving exceeding 1 billion (over 650 million dinars for fuel only) .

Are you with the decision to freeze recruitment in the public service?

Instead of hiring freeze in the public service in general, if I were in the place of the Prime Minister, on the contrary I will give a green light to recruit 1,000 new agents to collect taxes that will integrate the various tax offices in the country and will work to bail out coffers.

There is also need to present as soon as possible a supplementary budget law to help among others small and medium enterprises (SMEs) to get up to be more competitive and therefore be able to recruit unemployed people… The tax burden on productive activities must decrease. As for employees and civil servants, whose tax is deducted at source, they could benefit from reduced tax burden which would result in a significant gain in their wage slips, automatically inducing welfare, a strong incentive and a revival of consumption.

The government should also establish a new system for granting micro-loans generators of small individual projects and provide substantial funds in large infrastructure projects that generate jobs across the country while having an integrated vision and breaking with pre-revolution centralized and oriented plans.

It is also recommended to revive major economic centers, locomotives of any development because if we only look back we could no longer move ahead.

And what do you suggest about the system of education?

The education system must prohibit private tuition, which is a source of misery not only for small budgets but also for the level of students which is getting worse. An intelligent system could be put in place to encourage teachers to better produce in classes and earn higher incomes (up to doubling their salaries), by adopting a rating system (by a teachers’ commission elected every two years) depending on the educational contribution of each teacher…

Once all these measures are adopted, the view of funders will change and billions of dinars and dollars could be poured into Tunisia as was the case a few days ago in Italy.