HomeFeatured NewsDeepwater Port of Enfidha, a mega project about to take off again...
Featured News

Deepwater Port of Enfidha, a mega project about to take off again with 52,000 jobs 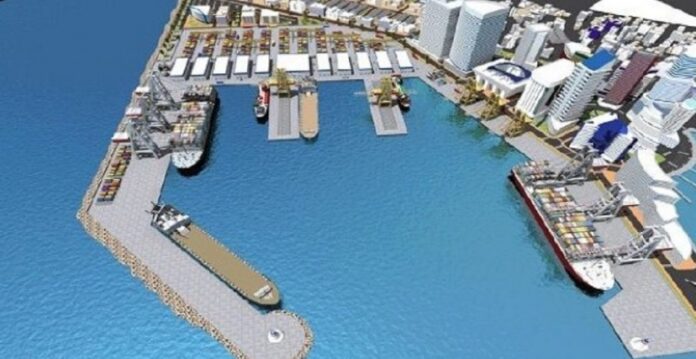 The project of the deepwater port of Enfidha is moving forward, and there are positive signs to start its implementation. This was confirmed to Africanmanager by an official source of the company in charge.

The source added the company that will carry out this mega-project will be officially selected at the end of this year, after the study of technical and financial proposals and the funding agency by a number of international companies within the legal deadlines.

In the same context, the same source said the project is attracting extreme attention from officials in Tunisia because of its economic importance for the country, stressing that this is also the case for international sides and global business institutions which are willing to participate.

In fact, it is unanimously believed that the project of the deepwater port of Enfidha has become a crucial need for the image of Tunisia abroad and especially in the Mediterranean, especially amid global changes in power relations.

Despite the vicissitudes that have marred the project due to political and social instability in the country since 2011, experts consider it a model project, huge and unique in the region, because it will be the locomotive of Tunisia between the West and East Mediterranean.

It should be noted that the consultation for the realization of the work of the first phase of the port was published on February 24, 2020, so that bids continued to be submitted until July 29, 2021.

It is expected that the port will be ready in its two phases in 2030, with the first phase lasting 3 years after the start of construction in 2023, and the rest after 5 years.

As for the components of the project, they are divided into several phases, the first of which will begin with the development of the port area that covers 1,000 hectares. It will be followed by the development of the area of economic and logistical services that covers 2,000 hectares, with 1,200 meters of quays in the first phase, and the completion of the construction of the remaining 800 meters in a second phase.

On the other hand, the dry bulk terminal will be completed at an accelerated pace, opposite the container terminal, covering 560 meters on an area of 35 hectares and with platforms with a capacity of about 4 million tons.

The total cost of the first phase of the project is expected to reach 1040 million dollars, divided between 75% for the public sector and 25% for the private sector.

Once developed, the port is expected to receive about 4.8 million 20-foot containers, with an operational capacity of 52,000 direct and indirect jobs.

The port of Enfidha will meet international quality, safety and environmental standards. It will also allow Tunisia to connect to the main transport hubs between East and West, which will help reduce delays to 10 days while reducing the cost by 15% and attracting part of the container transshipment traffic in the central and western Mediterranean.

The project of the deepwater port of Enfidha, has been delayed for about 11 years, and a public company was established under the name of “the port company Enfidha”, which is responsible for the completion, development and maintenance of the port and the logistics area adjacent to it, coordination between the various transport infrastructure projects related to it and the realization of studies and plans for preparation and development.