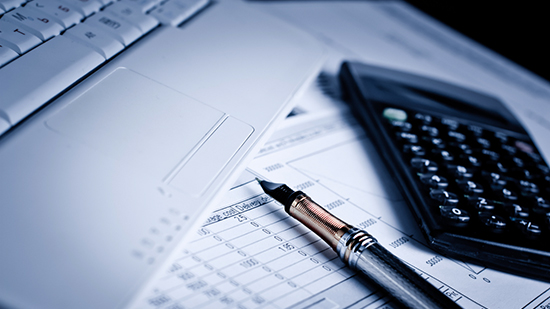 In an interview with African Manager on Wednesday July 27, economic expert Sami Arfaoui warned against the delay in the formation of the government, which would create socio-economic complications as the country is facing a multitude of challenges.

To have any chance to get by, Arfaoui stressed the necessity to speed up the reform process, launch major projects, simplify legislation and reduce administrative procedures governing economic activities.

How do you assess the current economic situation?

Tunisia today is facing a major crisis that is deepening by the day. Such a situation cannot continue and urgent measures must be taken to save the country.

The analysis of the current economic situation of Tunisia, based on indicators established by the BCT and INS, is summarized as follows:

– A poor growth of around 1% during the first quarter 2016; recall that the expected rate is 2% by the end of the year

– An unemployment rate of around 15.4% until the first quarter

– A decline in tourism revenues during the first half 2016, compared with the same period of the previous year

– A heavy resumption of industrial activity

– A continued deterioration in activity in the services sector

– Deterioration of the structural liquidity during the first half of 2016

– A vertiginous depreciation of the dinar in relation to the euro and the US dollar.

and that requires a substantive and courageous work from the state to deal with this economic deterioration and limit adverse impacts, i.e. those related to the social side and that may affect the state’s sovereignty vis-à-vis international donors.

The delay in the formation of a new unity government will certainly have an impact on the economy. What do you think?

Certainly the time the new government has taken to be put in place has exhausted the patience of Tunisians and the delay in forming a government will lead to complications of socioeconomic order as long as the country lacks infrastructure projects.

The perimeters of the informal market are growing, the phenomenon of corruption is highly emerging and tense social climate and red tape make investment in Tunisia a risky venture.

The situation of social funds is already known, public companies could be paralyzed overnight because of their inability to secure supplies of raw materials, due to blocking of their tools and production equipment or the inability to obtain State guarantee for refinancing.

These difficulties may be more compounded if the formation of the unity government is further delayed and the impact on the national economy will be negative, regardless of other hazards.

What about the most sensitive sectors and which ones could be the most affected?

Virtually all economic sectors are affected, but the most susceptible are certainly the export activities, despite the slight improvement recorded in 2016 and tourism.

They require state intervention and heavy work of the Government to revitalize these two key sectors likely to secure the level of our net assets in foreign currency and keep our dinar victorious vis-à-vis the US dollar and the euro.

In this situation, what actions need to be taken to break the deadlock?

Regarding the tourism sector, emergency proposals revolve around the need to find a solution allowing Algerian tourists to facilitate exchange operations and border crossing and granting Tunisians loans for entertainment, while supporting workers in the tourism sector.

Other measures include the creation of a tourism committee in the parliament.

In terms of exports, there is need to promote a national sales strategy focused on export diversification (product and market) to guide the country’s policy in this area towards niches adapted to global demand and the emergence of new dynamic markets.

It is also time to adopt an effective economic diplomacy through the efforts of our embassies around the world to help our businessmen to conquer foreign markets and raise awareness of foreign businessmen on the importance the opportunities that may exist in Tunisia.

Similarly, we must provide more assistance in technical and financial terms for SMEs to cope with international competition, by improving the quality of the skilled workforce and strengthening their production structure by following real upgrade plans.

Moreover, in a strategic way to hope to get out of the crisis, it is imperative to speed up the reform process, launch major projects, simplify legislation and reduce administrative procedures governing the economic activities.

What would be the tasks of the future government to meet this challenge?

The mission is clear:

The first big challenge of the next government will be to continue and intensify the war against terrorism, while including it in a multifaceted strategy following an effective mechanism for effective coordination and management of responsibilities.

The exact evaluation of the real risk that can affect the public finances. This would involve a verification of the ability to honor its financial commitments.

The other task obviously concerns the recovery of production in the mining area, while getting Tunisia back to work and ridding the administration of party recruitment.

Furthermore the future government is expected to expedite the promulgation of the new investment code before the end of 2016; with that code, the Tunisia site will be more attractive to Tunisian and foreign investment and can be a window on the fate of investors. To accelerate investment, we have to launch projects in order to create more jobs.

The other task is the rigorous implementation of the five-year plan 2016-2020.

Tunisia : Nothing to say about Amen. It is sound...