ETAP in a very difficult financial situation … restructuring is planned! 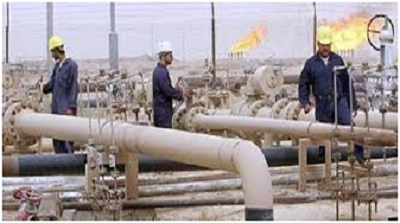 Current oil production varies between 70 and 80 thousand barrels of oil. That production covers only half of the consumption needs of Tunisians. As a result, the Tunisian Company of Petroleum Activities (ETAP) has repeatedly stated that hydrocarbon production will soon see a more upward trend, particularly with the entry into service of the Nawara field.

In an interview with Africanmanager, the director general of hydrocarbons at the Ministry of Industry and SMEs, Hazem Yahyaoui said a draft study was launched to increase profitability and revitalize the prospecting activities of ETAP, through the launch of the new innovating approach “ETAP Operating”

Yahyaoui added that this new project that was launched by the services of the Ministry of Industry revolves around the restructuring of that company, increasing its capital, recapturing Tunisian experts who worked abroad and accessing the prospecting markets such as Africa, Libya and Morocco.

The official added that ETAP needs financial resources to improve its financial and social situation, considered to be “very delicate”. This, according to him, depends mainly on the direct exploitation of the national wealth of fuels.

According to the latest annual report for the year 2018, published by ETAP, the energy balance deficit worsened in 2018 to reach 6,179 million dinars (MD), accounting for about 32.4% of the country’s trade deficit (19,049 million dinars).

This situation can affect the balance of payments and consequently the foreign currency reserves and the value of the Tunisian currency.

The energy deficit is explained, according to this report, by the rise in hydrocarbon prices on international markets as well as by the limited level of primary energy resources, combined with the continuous increase in energy consumption.

ETAP has reported that the year 2018 saw the drilling of three exploration wells (two on the “Nord des Chotts permit” and Zaafrane and one on the El Borma concession), against a single

In terms of drilling development wells, three were completed on the Halk El Menzel concession and one on the Adam concession in 2018, compared to one well drilled in 2017.

Primary energy resources in 2018 were down 4.6%. The resources available for primary energy (including gas royalties collected on the trans-Mediterranean gas pipeline) have decreased by 4.6% in 2018, reaching 4581 ktoe (kilotons of oil equivalent). -PCI (lower calorific values).

Faced with this situation, the realization of the energy transition in Tunisia is no longer a choice but a necessity. Achieving this objective requires a new dynamic through the development of institutional, legal and financial systems and their modernization.