HomeFeatured NewsRadhi Meddeb: "A limited window of opportunity. We must act quickly and...
Featured News

Radhi Meddeb: “A limited window of opportunity. We must act quickly and strongly! 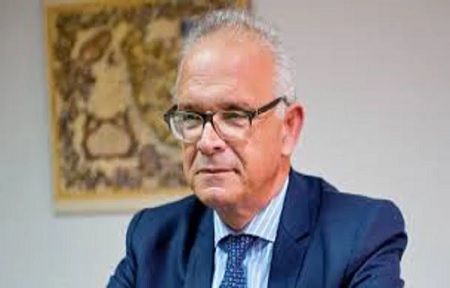 In an exclusive interview published Wednesday, October 30, 2019 by the daily “La Presse”, economic expert and president of the Financial Center for Entrepreneurs (CFE Tunisia), Radhi Meddeb spoke about the major and burning economic and financial issues for the country among which the contribution of the Finance Bill 2020, innovative approaches to the control of public finances, the fight against inflation, investments (…).

Asked about the approaches and the novelties concerning the project of the finance law 2020, the economic expert affirmed that this draft will not release bold actions or new orientations, since it is doomed to be a document for “expediting routine business.”

He notes that the 2020 finance bill “will have been prepared by a government, which will likely defend it in a renewed assembly, to be executed by a future government, representing a new majority that will have every reason not to feel comfortable with a text that certainly does not reflect its vision of things.

A singularity that makes that the Finance Law “is not a technical text. On the contrary, it is an eminently political text which, for the coming year, reflects the orientations and political choices of the government and the majority in place it represents.

“It is difficult in this context for the text, currently in the hands of the Parliament, to be able to take bold action or innovative guidance. It is practically doomed to be a text expediting current affairs, “Radhi Meddeb said.

Politically, this poses a problem, he said, explaining that “on the one hand, the state calls on employees and economic operators to be more rigorous, on the other, it continues to spend gleefully and without applying to itself these calls to virtue. “

Regarding the state of public finances, Meddeb believes that its situation is complicated, saying we must seek innovative reforms. The fact is that “the public finances are under strong pressure for several years.

Expenditure explodes, indiscriminately, leading to a runaway debt in a context of sluggish growth and slippage over the long term of the dinar.

The relative share of state spending, said to be development-oriented, is reduced from year to year.

“Public investment is only an increasingly small part of this development expenditure. It is unrelated to the figures of the 2016-2020 Development Plan and it is no coincidence that no one is referring to this document or its long lists of projects.”

“In this constrained environment, the Ministry of Finance is working to reduce the budget deficit through sustained efforts on taxation and collection. The results are convincing at this level.

The state’s own revenue is improving, and so is the budget deficit. But this remains insufficient because the state is no longer able to boost growth and development.

Regarding the increase in inflation, the economic expert said that “the fight against inflation is part of the explicit mandate of the Central Bank.

This one has precise modalities to carry out its task. It has been deploying them for almost two years.

The BCT’s action is essentially aimed at reducing the provision of credit and streamlining it. This has been achieved by raising, several times, the key interest rate, increasing, overall, the cost of financing by around 3%, but also by tightening refinancing of the banking sector by the Central Bank, reduced in less than one year by more than 17 billion dinars to less than 12 billion and finally the introduction of new prudential ratios linking the credit activity of banks to their ability to collect resources,” he said.

“All of this has dampened inflation, bringing it down from almost 8% to 6.7% a year. Performance is limited and fragile. It clearly indicates that the fight against inflation, by the only monetary tools available to the BCT, has its limits, “he added.

Economic recovery is a burning obligation. The country has lagged behind in terms of competitiveness. It is deindustrializing. It is no longer able to offer its young people opportunities for development and economic opportunities related to their ambitions and in line with their qualifications.

In these conditions, it is urgent to identify how to mobilize young people, to give them hope and to open up new perspectives, said Radhi Meddeb.

He even goes so far as to call for a “real rebound”, and that is possible, he thinks, “being dependent on a strong political will.

“The state must set the tone, show the way. The private sector will follow. Multiple projects should be engaged to put the country in order of march, “he advocates.

To do this, recommends the economic expert, the State must define its priorities and find ways to strengthen its investment capacity in areas of sovereignty or jurisdiction.

In a state of constrained public finances, the state must make the best use of the principle of subsidiarity and identify all possible levers. It will do so by concentrating on the essentials and by promoting the use of PPPs for the rest. This is essential for the rebound.

Current conditions are exceptional. The President of the Republic was elected with nearly three million votes. He enjoys immense legitimacy. It allows him to take initiatives.

At the same time, the expectations of young people and regions are immense. The state of grace will not last long. We have a window of opportunities limited in time.

We must convert the test without delay, he said, saying that “the urgency today is the remobilization of the country and all its forces. We must act quickly and strongly.

It is possible, but also necessary, to transform the country, in a short time, into a vast open-air project where every citizen has a role to play and a contribution to make. Inclusion must be the watchword of this approach.

Young people expect neither the charity nor the generosity of a state whose finances are in great difficulty.

Rwanda: Rounded Up Off the Streets

Tunisia: rise of investments in projects whose cost exceeds 5 MTD