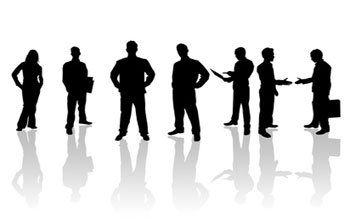 “We are closely monitoring the progress of transition in Tunisia,” said François Gouyette ambassador of France in Tunisia, at a lunch-debate held Tuesday, May 28, 2013 in Tunis, at the initiative of the Tunisian Tunisian-French Chamber of Commerce and industry (CTFCI).

According to him, France wants to remain the leading partner of Tunisia by working to strengthen the civil society and contribute to enhancing the rule of law and to revitalizing the Tunisian economy.

Speaking about stats, François Gouyette said that the French Treasury makes available to Tunisia 425 million Euros in contribution through the AFD to support democratic transition to which can also be added 350 million Euros of loans with concessional terms from the French Treasury that can be mobilized for Tunisia in 2013 under the emerging countries’ reserve. In addition, there are also 3.3 million Euros in donations from the Fund for Private-sector Aid and Studies (Fasep) that have been mobilized since the Revolution to fund feasibility studies for renewable energy projects.

For his part, Fouad Lakhoua, President of the CTFCI, said the French private sector has not shifted its focus from Tunisia despite exceptionally difficult conditions. Very few significant French companies had left Tunisia, he noted. Quite the contrary, some have made new investments and continue to make extensions.

Despite the instability that prevailed in 2012, the CTFCI notes the entry into production of 40 new French share-holding businesses and the realization of 68 extensions and projects.

Moreover, until the end of 2012, nearly 1,210 French companies have been operating in Tunisia. They have generated 3,006 new jobs. However, it should be noted that fifty French share-holding companies had ceased operations in 2012.

With cumulative investment of around € 2 billion in 1992 (including 370 million Euros paid since January 14, 2011), Tunisia is one of the first partners of the AFD group. In 2012, AFD support targeted economic recovery and priming conditions for more equitable growth, employment and regional balance, with disbursements close to 200 million Euros.

France is the leading provider of Tunisia with 16.5% market share in 2012. It is also the first customer of Tunisia by absorbing 27% of Tunisian exports in 2012.

With regard to French cooperation with Tunisia in 2013, AFD support will mainly focus on investments in priority areas such as drinking water in rural areas and urban areas facing difficulty in a move to accompanying the geographic rebalancing and meet energy challenges.

AFD will also focus on the revival of activities to support the private sector and infrastructure (energy, public-private partnership …). The fund will also engage a return to structural policies (agricultural policies, supporting local communities in connection with the IBRD, capacity building) from 2013 and 2014.

Foundation set up to finance infrastructure in Africa