HomeFeatured NewsHabib Karaouli speaks out about number of banks, their effectiveness, the EU...
Featured NewsInterview

Habib Karaouli speaks out about number of banks, their effectiveness, the EU… 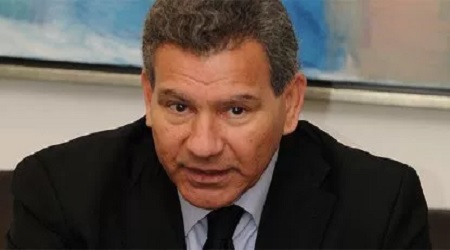 Habib Karaouli, CEO of the Tunisia Business Bank (BAT), recently renamed Capital African Partners Bank, has given AfricanManager an exclusive interview where he raised several issues including Tunisia’s blacklisting as tax haven by the European Union, the current situation of Tunisian banks and all the challenges facing tomorrow’s banks.

What do you think of Tunisia’s blacklisting among tax havens?

It is an unfair labeling that will strongly penalize Tunisia concretely and in terms of image. We expected better from our main partner, namely the European Union (EU), in terms not only of support that has been demonstrated several times but also in terms of the support it can provide in this kind of problem.

As everyone knows, Tunisia is going through a post-crisis period and as a result public institutions are not yet functioning optimally.

It was thought that there are rules of slippage but the fact that this sanction comes with this speed there, I think there is an undeniable and fundamentally unfair precipitation.

For the EU we understood, but what can be blamed on the Tunisian side?

You have to be objective and see both sides. Do not cast stone in the garden of the other. We, for our part, have to ask ourselves questions about our ability to anticipate what is looming because it is not a decision that is quite abrupt but was getting ready.

There are certainly talks, negotiations and exchanges of information and the Tunisian side, in my opinion, has not sufficiently anticipated this decision. It should have just gone to defend the case, argue and challenge this penalty.

What risk can this blacklisting represent for Tunisia?

Tunisia’s labeling as tax haven will certainly have an impact on FDI, and this is the paradox because they are penalizing us on something that we do not even benefit.

If there were too much relocation and foreign direct investment in Tunisia, one could possibly understand that the EU or a number of countries could perceive a threat to Tunisia’s competitiveness, while this is not the case.

On the contrary, we have a deficit of FDI and we have few relocations. And then, what danger does Tunisia have for a number of European countries to make such a radical decision that will impact not only the image of the country but also any move from the country to borrow from the foreign market, the quality and the volume of investors? Who will be interested in Tunisia tomorrow?

What do you think are the root causes of this EU decision?

I think one of the most important things that has already been brought forward is the lack of cooperation in providing information. This is a failure that should be assumed by the Tunisian side, which must be more involved at this level because we must always argue and present the situation as it is.

There is also a dissonance in taxation between the one applied to residents and the other to non-residents.

Therefore, what they have asked Tunisia is that there is convergence and therefore the same treatment for everyone in terms of taxation, while all the countries of the world do it and even in EU countries.

There are systems that are asymmetrical depending on the need and type of economy desired by the state and the government.

There are also benefits that are modulated according to the strategies and directions of the state.

Why reproaching Tunisia for using the same instruments and devices as those used at home?

There are other things that we do not control, such as the lack of liquidity, the inadequacy and the inefficiency of the information system. Add to this the fact that Tunisia is not yet stable which has not been taken into account, and that the public authorities have not yet the means to implement the economic program initiated by the government that need time to be put in place and then yield the expected results.

In what situation are Tunisian banks today?

Reports according to which Tunisian banks are going to be part of the problem and not the solution have unfortunately been confirmed in the facts. It should first be noted that there are too many banks in Tunisia (24 banks), exactly the same number of banks that exist in Egypt, a country that has a population 9 times larger than Tunisia.

Added to this is a rate of under-banking of 36% whereas in Morocco, this rate has exceeded 70%.

In addition, 6 banks monopolize more than 70% of the Tunisian market, so it is a market that is highly atomized for which we must find solutions.

In addition, no Tunisian bank ranks among the top 50 most profitable banks in Africa. The first bank that appears in this ranking is the BIAT and it is ranked 57th. We have no bank that can accompany Tunisian investors abroad.

We must review all these issues and structure them while addressing the challenges of digitalization. “Innovate or perish”, the question will be exactly that. Do we have the ability

to adapt and anticipate or stay in the same model? The business model based on an agency at every corner has gone.

Recent studies show that 20% of all agencies in the United States will be removed by 2020. It’s the same for the rest of the world.

Now the customer is often more in advance in terms of mastering the digital tools of his bank. He needs a partner who is his banker, who should be ready 24 hours a day and accessible at any time and in any place.

The second issue is inclusion. Many do not have access to banking services, it is essential to ensure that they join the banking system but with much more flexible, more digital and interactive methods to increase the flow of customers.

Energy: Tunisia gives guarantees to the British with its strategy 2030

Tunisia: Trade deficit shrinks, but for lack of export

Tunisia: Ooredoo to launch LTE commercial offer in a month