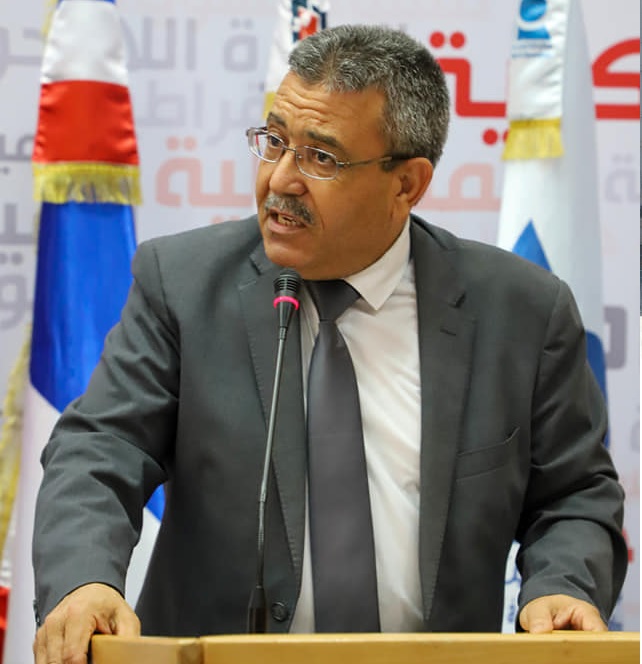 The Italian waste import scandal does not seem to embark on a path that preserves the interests of Tunisia, despite the iterative professions of faith of the authorities of the Peninsula, and even if a hearing is scheduled this week by the Italian court in charge of the case to rule on it, as indicated by acting Minister of Local Affairs and the Environment Kamel Doukh.

In a statement to Africanmanager ar, he called on the Italian state to assume its responsibilities towards this case by lifting and repatriating the incriminated waste, announcing the decision to dispatch a high-ranking diplomatic delegation to try to find a solution to the case.

Questioned on the assumption that the Italian side would refuse to lift the waste, the minister was limited to mentioning a “Plan B” which he was careful not to reveal the details but emphasizing the existence of a study made by the ministry that developed all possible scenarios.

However, Minister of Foreign Affairs, Othman Jerandi said in a statement to TAP that the case is moving towards a denouement, stating that there is a consensus between the Tunisian and Italian authorities to find a final outcome to this issue.

“The case of Italian waste was among the issues raised during the talks held today [Wednesday] by the President of the Republic, Kais Saied, with his Italian counterpart and with Prime Minister Mario Draghi, ” Jerandi said after these meetings which are part of the two-day official visit by the head of state in Rome.

“This case is currently in the hands of the Italian justice that must decide,” he added.

The fact is, however, that the scandal of the illegal import of waste from Italy has not ceased to take the form of a disastrous drama, for over a year from the entry in May 2020 of the first containers in Sousse. It highlights the seriousness of the environmental issue in Tunisia punctuated by “the most emblematic disasters” whose impact continues for years, such as the saturation of the largest landfill of all Tunisia (Borj Chakir) and the destruction by industrial activity of ecological systems in the Gulf and the oasis of Gabes, Gafsa and the Gulf of Monastir.

Besides these ecological disasters, whose promised treatment is postponed most of the time, to the Greek calendars, there are also others that affect islands such as Kerkennah. The archipelago suffers from plastic waste and anarchic fishing.

Wetlands of international importance are highly threatened, including the famous Lake Ichkeul in Bizerte (a treasure of biodiversity and a favorite destination for migratory birds). They are currently exposed to all risks, according to scientific coordinator of the Association of Friends of Birds (AAO), Hichem Azefzef.

Yet the environment is among the sectors of choice that have benefited from development aid. In Tunisia, about 30 international donors are providing aid and support to environmental projects and related activities, according to the NGO “Jamaity”.

However, questions arise about the efficiency of these projects and the aid allocated and announced always with great pomp by donors, but whose real contribution to improving the situation on the ground, remains little measurable, especially since the state itself, and its institutions are often the first responsible for the greatest ecological disasters in Tunisia.

Among the major polluters in Tunisia, the FTDES cites the ONAS, the CPG and the CGT, denouncing the violations of the latter two to the environment in the Gafsa mining basin (overexploitation of the water table and soil pollution).

The bias of the State for decades, in favor of industrialists and the lack of political will to punish polluting companies are particularly denounced. For proof, the State gives authorizations and is suspected of colluding with investors who use harmful products such as coke (carbon residue) used by cement factories, according to examples cited by the FTDES forum.

Faced with this situation and given the inability of state institutions dedicated to the protection of the environment, to play their role, particularly because of governance problems that undermine the National Agency for Waste Management (ANGED), pinned in particular by the report of the Court of Auditors in 2018, citizens are alone facing those who violate their rights, with support only from civil society.

Most of the projects launched each year, whether on the national level or in the framework of bilateral and multilateral cooperation, tends to repeat the same steps.

The famous component of “capacity building” is for this purpose, a component that is never absent from the partnership projects of Tunisia with foreign countries, but it has never resulted in a measurable change, especially in the field of environment and particularly in waste management.

“We redo the same thing for years and we expect a different result,” criticizes environmental activist Wissem Hamdi, who reacts to the latest initiative announced under the Tunisian-German partnership on May 20, 2021.

This is the project “ProtecT” (Climate Protection through the Circular Economy in Tunisia), launched before a packed room in a luxury hotel in the northern suburbs of Tunis.

A contract for the implementation of the project, for an amount of 5 million euros, was signed to develop this concept of the circular economy, at a time when the country has failed for years to impose the sorting at source and proper treatment of waste, essential conditions for moving to circularity.