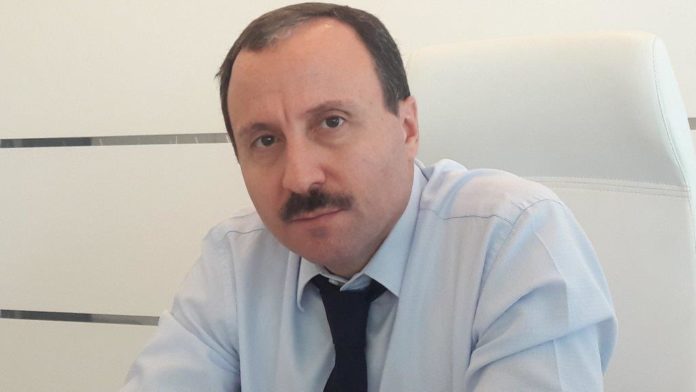 The Loukil group is certainly one of the most important investors in Africa. Bassam and Walid strongly believe and are active from Soudan to Guinea, through Senegal and Côte d’Ivoire. The group does not just trade. It is already preparing, but still in the automotive sector, for the car assembly industry. Bassam Loukil, says more to Africanmanager.

After the concession, are you already preparing the spare parts trade?

The idea is to make a spare parts plant in Ivory Coast that will cover Senegal, Guinea Conakry, Mali and Burkina Faso, from Côte d’Ivoire. Except that we have also found the possibility of developing a partnership with Oil Libya on their network of stations, what has been called the Euro-Repare service (emptying, wafer, coronals) on the entire network of stations. Oil Libya, Côte d’Ivoire, and possibly Senegal. There will be a central spare part for the coverage of these four markets.

Where will be the power station exactly?

Euro-Repare is a franchise that we will recover for the four countries we talked about. We already have 4 points of sale in Tunisia. The network covers approximately 4700 or 5 thousand points of sale.

How many Euro-Repare points of sale do you have in Tunisia?

We have 15 outside the city center (Sidi Bouzid, Kasserine, Nabeul, Bhar-Lazreg and Chotrana (…) In areas that are not served by the dealers, we cannot be in direct competition with the dealer of original parts to avoid a price war with the dealers, so we are in areas that are very poorly covered by car dealerships, and we offer an after-sales service, which is called a fast service for the entire car fleet. The service is not linked to a brand, but to multiple brands.

How long has your group been in this niche?

We have been doing this for two years. Last year, we made roughly a turnover of 4 million dinars in spare parts. It’s franchise, and the outlets, we do not manage them. It is the franchisees that develop the outlets and buy all their spare parts needs through our center.

You have acquired a franchise and you have created sub-franchisees?

In Africa, Euro-Repare will be placed in the Oil Libya petrol station?

Yes. The objective is to develop and increase the number of occasional customers and hence the profitability of these stations.

When will it start?

In fact, we started in June 2019 for the Côte d’Ivoire case. In September, it will be Senegal, for spare parts and the Euro-Repare network.

Is it you who are you buying the pieces?

Yes it is my plant, a 100% UADH power station of the Loukil group. We serve either the Euro-Repare points of sale, or other people, if there are dealers who want to buy from us. The Euro-Repare concept is strictly related to the Oil Libya network.

What are your next projects for Africa?

We have, in fact, many projects, because we believe that Africa will be the next Eldorado for Tunisian investors. For example, we are studying the desirability of installing a filter manufacturing unit in Senegal. The study is over, the partners were chosen and the unit should be launched by 2019, or at the latest, beginning of 2020.

Is the partner a Senegalese?

Yes. It is a partner operating in the field of spare parts, and it is an investment of 12 million euros, between 5 and 6 million euros, for us and the same for the partner too.

Will it be a subsidiary of GIF?

GIF will be a shareholder, with the know-how, technology, then a good part of GIF Tunisia startup components.

We are also on other projects, like in Guinea Conakry for a pickup assembly unit with our partner Foton. We have already started marketing two years ago and now that the Foton product is accepted and gives full satisfaction. Now, it is the state and the private sector that want to install a Foton brand assembly unit, pickup and three models.

Are you already a Foton dealer on the spot?

For a turnover of how much?

For the subsidiary company, last year it was $ 8 million.

And for the assembly plant, how much will it be?

Between $ 20 and $ 25 million, because here we target three assembly lines: pickups, three tons and one thousand tons.

GIF, how much will it take?

GIF is not a dealer, it’s just for filters. The investor is UAAI (United African Automobile Industry), a new structure within the UADH group which will hold 50% of capital.

Some time ago, we talked about Citroën exports to Djibouti and Libya from Tunisia. Where are things?

We are now negotiating on another African country. We have small volumes because Citroën is a utility line. We send Foton for Djibouti, but not the Citroen pickups. For Libya also almost custom, diesel engines, car boxes. Last year 350 automatic-transmission cars and even small cylinders were sent to Libya. We manufacture according to special requests and we send them directly, it’s through UADH.

Tunisia to take part in Archibat 2011 in Abidjan