HomeInterviewMbarek Khamassi: More than 400 companies have put the key under the...
Interview

Mbarek Khamassi: More than 400 companies have put the key under the door and thousands of jobs lost 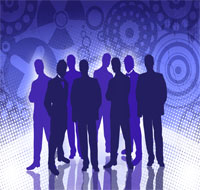 Expert in business turnaround , Mbarek Khamessi gave an exclusive interview to Africanmanager in which he spoke of the many difficulties encountered by businesses after the Tunisian Revolution, noting that more than 400 companies have put the key under the door, laying off thousands of workers , not to mention other companies that have chosen to reduce their activities or leave the country to settle elsewhere.

Mbarek Khamessi proposed, in this regard, the establishment a contingency plan in this transitional context to help businesses overcome economic difficulties, resolve their indebtedness and restructure their financial situation.

What is the current state of the Tunisian businesses in this economic and political context?

Are all these difficulties related to the Revolution?

It must be recalled that Tunisian companies have continued to face almost permanently, for some time now, serious crises that impact on their sustainability. In 2005, it was the dismantling of the Multi-Fiber Arrangement and its impact on one of the most important sectors of manufacturing industry, namely textiles and clothing. In 2008, the international subprime crisis, which had particularly affected exporting firms, pushed the government to take specific measures for affected companies. In 2011, after the Tunisian revolution, more than 400 companies were closed and thousands of employees lost their jobs, while other companies have reduced their activities or thought to leave the country to settle elsewhere.

Without trying to blame any party because if the company does not find the economic conditions required to ensure its sustainability, it is the whole society that will suffer. There is, in my view, a fundamental premise that should be recalled: economic development and social peace in our country depend on our ability to promote, upgrade, restructure and preserve viable, competitive and innovating companies. To do this, the commitment from the government to support business needs must be flawless.

A current draft amendment of the 2013 law has already been submitted to the NCA, what do you think of this law?

The current draft amendment of the said law already submitted for approval to the NCA now provides for its integration along with that of bankruptcy in a new chapter in the Commercial Code relating to insolvency. Certainly it has allowed dramatizing bankruptcy but it did not bring new solutions especially in the area of prevention. The proposed amendment, which confirms the same orientation as that of 2003 by further limiting the use of that law for businesses in difficulty and strengthening the rights of creditors, only reduce the possibility of recovery of our businesses.

In my opinion, this amendment will signal the end of a strategic orientation of business support (viable that may encounter difficulties), while the latter needs more than ever a framework more conducive to preservation, restructuring and prevention of problems, which is not reassuring for entrepreneurs.

How do you see the solutions?

We must put in place a contingency plan in the transitional context to help businesses overcome economic difficulties, address their indebtedness and restructure their financial situation.

It is also recommended to evaluate the law on the restructuring of companies in difficulty before thinking about its amendment. Scientific and objective assessment is required.

Moreover, some international institutions may be requested because of their expertise and experience in this area to conduct that mission.

It is also proposed the establishment of an Observatory of Economic Enterprises which, through a comprehensive database on the situation of businesses, is urgently needed. It will seek to:

• Propose to the state steps needed to address challenges faced by companies.