Tunisia-state-owned banks: It is flawed! 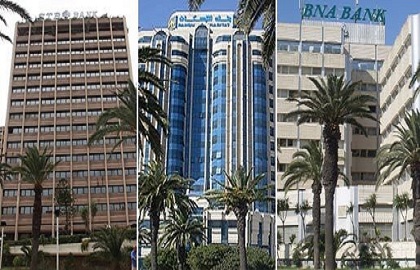 The impression quickly became a truth. State-owned banks in Tunisia that used to be praised for their contribution to the national economy and projects to which they had associated their names are now seen as a “sick man” that needs to be saved to at least get back on foot.  But at what price?

They have been suspected for years of not having discharged the mission vested on them as it should.  Nowadays and with the help of the Revolution, the diagnosis is final. These credit institutions created and maintained by the state have become a heavy burden with the equally heavy burden they drag that can be liquidated only by the taxpayer, because those who had drawn at full speed are now either not found or insolvent, for the obvious reason that they are the henchmen of the deposed regime who left with it.

Without any need to dwell on the conjuring tricks used and the pressures put on these institutions, let us admit that they were by no means embarrassed in doing it, by throwing to the winds the obligation of governance that was theirs to be very caring of their big unscrupulous clients.

The prescription for overcoming this situation is to “swiftly complete the recapitalization of all public banks and ensure regulatory compliance throughout the restructuring period.”

This is besides modernizing the banking resolution framework, strengthening banking supervision and regulation, and introducing an effective bankruptcy law to support the resolution of nonperforming loans.

This is one of the major projects on which the government is working to raise funds for the recapitalization of three banks majority owned by the state, amounting to 1 billion dinars, according to the governor of the Central Bank.

Of all the scenarios considered and studied on the fate that would best suit the three public banks, the one that seems feasible is to keep their vocation in the state, that is to say, they would remain public with private governance.

That is certainly the conclusion of broker “Tunisie Valeurs” which believes that by doing so they will be able “to improve their competitiveness, underpin their brand awareness and facilitate access to future private strategic or technical partners.”

This means that the privatization of three banks is no longer considered, but sale operations of minority stakes to private partners are not excluded.

Some criticize the government for not doing this earlier to take the bull by the horns and start the project of recapitalization, which would have mitigated, as far as possible, the financial cost of the operation.

Yet, the state knew better than anyone that public banks were restive and refractory to any pressure to improve their management, internal organization or even their economic and financial performance.

Moreover, no public bank has implemented a rating system of its debtors. Accounting and risk management are also very poorly developed in public banks even if such functions are at the heart of good management of any bank.

In addition, the involvement of the state in the banking sector has introduced additional competitive distortions. Past recapitalization of public banks initiated by the state, without changing their governance structure had created distortions compared with other commercial banks.