HomeFeatured NewsMoncef Harrabi goes to war against unpaid bills and spares no one,...
Featured News

Moncef Harrabi goes to war against unpaid bills and spares no one, including public sector! 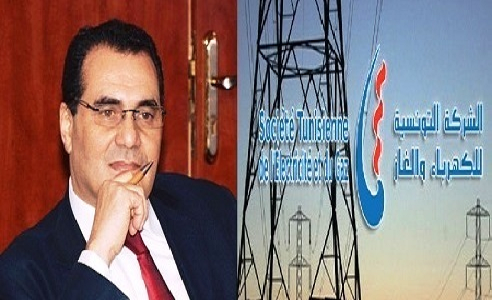 The mood is rather one of celebration at STEG, in this beginning of winter which generally does not see a peak of consumption.

The public supplier of gas and electricity has just started up the second turbine of the Mornaguia gas power plant.

Serenely, the STEG is preparing for the summer peak. The company should also see the entry into service of its second photovoltaic power station in Tozeur 2, during the 1st quarter of 2020 on a surface of 20 hectares for a capacity of 20 MGW.

This, not to mention the electricity interconnection project with Italy, financed by the European Union to the tune of €300 million, for which studies are progressing well.

A week earlier, it was entering the digital age, and making the first payment via Mobile in its history.

The beginning was with the 1st telephone operator Ooredoo. The two others should follow soon. The energy operator remains, as a Tunisian proverb which could be translated as “like fish, we eat a lot of it, while decrying it”.

More and more customers are complaining about the infamous intermediate and estimated bill, issued every two months, for consumption readings that would no longer be taken automatically by STEG, and still cannot get used to the idea of self-reading advised by the STEG to users to pay their consumption bills on simple presentation of the index of the individual meter, even offering payment facilities in case of financial difficulties.

The STEG even offers a free SMS alert service. Tunisians are still not used to these new practices.

Next recruitment of 2,800 employees

On the meter reading side, the STEG manages some 4 million meters. It is a titanic task, which is carried out by only 1,200 employees, with all the difficulties that these agents encounter.

They are sometimes physically and verbally assaulted, as in one of the last cases where a citizen tried to steal a STEG vehicle and even took its occupants hostage when they came to read his electric meter.

The STEG, which deplores a lack of staff, has moreover succeeded in obtaining the government’s agreement to recruit 2,800 new employees.

Since the revolution, almost 500 STEG employees had retired without being replaced, in order to cope with the extension of the electricity and gas network, the increase in the number of power stations, posts and others. This explains the need for recruitment.

In the meantime, the STEG is also getting old too, in terms of its own employees, who could be accused of fraud or lazy succession. According to our sources, it has already fired more than 100 employees, which would have created tension in STEG management’s relations with its union.

A war to recover unpaid debts, sparing no one, private or public

Faced with a lack of liquidity, while it is the national supplier of electricity and gas, and sometimes has to go to the bank market to collect the foreign currency needed for its purchases of electricity and gas from abroad (an invoice of 4,300 MDT per year), it has itself an outstanding amount of 700 MTND from the Algerian Sonatrach, STEG and its CEO are waging a merciless collection war.

Although the STEG’s unpaid bills have been stabilized at 1,700 MTND, of which 55% are with the state sector, whose unpaid bills amount to almost 900 MTND, the unpaid amount remains enormous.

Moncef Harrabi, who could retire next February, spares no one in this war for the recovery of the company’s money, and would almost become “the man to kill”.

Better still, the STEG would even have cut off the electricity for certain annexes of certain hospitals and other official housing under the supervision of the Ministry of Public Health.

The same is true for certain municipalities and the STEG would be preparing to pump directly into the local authority fund, financed by, among other things, a small commission on each kilowatt hour paid by the STEG.

In the meantime, the STEG is also equipping itself to improve its collection and modernize it.

The tender for the purchase of smart meters will be launched on February 4, 2020 to equip households in the governorate of Sfax, representing 10% of STEG’s meter fleet to be read.

STEG’s war is not just directed to connected consumers. The company is also subject to theft, estimated at 250 MTND annually nationally, of which 70% is through private individuals who are operating wildcat wells, which they operate through unauthorized and banned connections on the public network of the STEG.

AU Commission Chairperson in The Bahamas and Cuba on official visits