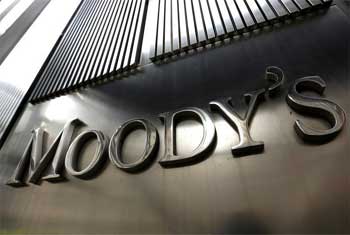 While the domestic political climate has improved since the adoption of the constitution in January 2014 and the appointment of Mehdi Jomaa’s caretaker government, the fiscal and the external repercussions of the Arab Spring and the loss of competitiveness over the past few years continue to take their toll on the economy, says Moody’s Investors Service.

Moreover, the recent terrorist attack aimed at Tunisia’s Minister of Interior serves as a reminder of persisting security risks in Tunisia.

These views were outlined in Moody’s just-released credit analysis on the Government of Tunisia, which elaborates on the country’s credit profile in terms of economic strength, institutional strength, fiscal strength and susceptibility to event risk–the four main analytic factors in Moody’s Sovereign Bond Rating Methodology. The rating agency’s report is an annual update to the markets and does not constitute a rating action.

Tunisia’s credit strengths include a sizable and well-educated middle class, and a relatively diversified economy. Moreover, Moody’s expects the economic recovery to gather pace over the course of the year, as external demand from the EU and investor confidence strengthen alongside the country’s continued democratic transition, with parliamentary and presidential elections to be held this year or early next.

Its strong relations with the EU and the international donor community should support the country with the necessary funding to help avoid a repeat of the external liquidity shortfall witnessed in Q4 2013 in the face of political deadlock and a stalled reform process. However, the prolonged decision-making process raises the risk of delays in the reform agenda, upon which multilateral funding programs are contingent.

The sovereign’s credit challenges relate to persistent security concerns, including via infiltrations from neighboring Libya, and to persistently high unemployment, especially among young graduates. In addition, payment carry-overs from 2013 and the need for banking sector recapitalizations this year will weigh on the fiscal balance and increase the government’s borrowing requirements. Moreover, high levels of energy subsidies affect both the fiscal and external accounts, underscoring the government’s case for subsidy reforms initiated this year under the umbrella of the two-year IMF Stand-By Arrangement signed in June 2013.

The outlook on Tunisia’s sovereign bond rating is negative. Moody’s may change the rating outlook to stable from negative if: (1) there is a permanent reduction in political uncertainty, supported by a rebalancing in the fiscal and external accounts; and/or (2) the implementation of the IMF-supported reform program fosters investment activity, restored access to credit and inclusive economic growth.

On the other hand, Moody’s would consider downgrading Tunisia’s rating if there is a resurgence of political instability or a further significant decrease in foreign-currency reserves, against the backdrop of a sustained deterioration in fiscal and external balance