HomeFeatured NewsTunisia: The country where even a King can take a walk around
Featured News

Tunisia: The country where even a King can take a walk around 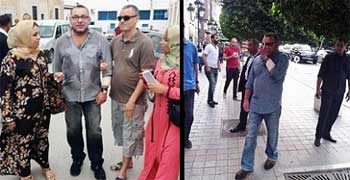 He is certainly one of the most beloved Kings of his generation. He is also one of the ablest politicians in the Maghreb. The succession of such a King as Hassan II was not easy. In the opinion of many observers, Mohammed VI was, however successful, in this endeavor. He had known at that time how to negotiate change in softness.

Those who, like us, were at that time in Morocco, were able to measure the extent of satisfaction of the population when the man who is now called M6 had cleverly terminated the whole era of his father by removing one of the pillars of the old regime Driss Basri.

Those who followed, like us, events in Morocco after the Tunisian Revolution, could measure the dexterity of the King, then aged 48.

He was able indeed to take his country away from the harmful effect of the Islamist wave, without committing the blunder to exclude them (Islamists) from the exercise of power where he was able to test them, saving Morocco and showing the limits of the politics/power mix.

An effect that Tunisia could neither avoid nor manage as the Moroccan King was able to do. He will show subsequently more economic skill in recovering all the ground left by a Tunisian economy in derelict conditions. Morocco has therefore achieved everything Tunisia was supposed to succeed in and moved at least a decade ahead of the country where the Nahdhaoui is king.

It is this character, crowned with the echoes of his attitude, more than friendly to the representative of the Tunisian State whom he had received in February 2012, with pomp and smiles, who came in Tunisia.

His visit did not fail to emphasize the importance of economic relations, having been preceded by a Tunisian-Moroccan Business Forum that was closed by a reception at the headquarters of the worthy representative of Moroccan Finance in Tunisia Attijari Bank.

The King of Morocco has then pleasantly surprised all Tunisians in giving the country an image that even the Tunisian officials and even less its interim president who has already announced his candidacy for the upcoming presidential, had failed to give. Images and videos circulate, showing the King of Morocco, a sovereign and not the least, walking in shirtsleeves in the streets of the Tunisian capital.

A King who would not move normally, without cohort of official cars and countless bodyguards.

The Sovereign was confident and he showed it, his successor and son at his side, letting himself be photographed with the population and with men in the streets who dared even to put their hands on his shoulders, without it seeming problematic to an august personality like him.

A King who was walking as a simple citizen in the streets and a city just a few days after being surrounded by barbed wire at the symbol of authority which is the Ministry of the Interior and shortly after the Kasserine attack, but that did not seem to cause any concern to him.

A King who just chatted with passersby, stopped, took a little girl in his arms, without any of his praetorian guards make any gesture to protect the King from such assaults of familiarity which would not be of his rank and dignity.

The image was a powerful symbol for a country that badly needed it, especially on the eve of a tourist season where security is the watchword and the concern of all.

A country that is at war against terrorism. Terrorism which had not spared Morocco, as in Casablanca in 2003, or in Marrakech in 2011.

Unintentionally or intentionally, the King of Morocco, who will renew few days later his walkabout in the town symbol of Tunisian tourism which is Sidi Bou Said, sent a strong message to anyone who would be afraid to visit Tunisia and walk, peacefully, in its cities and its streets.

Who, more than a king, would normally be afraid of a city that has not yet been able to completely get rid of signs of insecurity?

Mohamed VI dares and shows it by letting himself photographed and filmed. In doing so, he is saying that terrorism can be defeated only through the control and removal of the feeling of anxiety. A challenge of which such an image can be the best illustration. An illustration which Tunisian officials, and on the top of them, Moncef Marzouki, have so far failed to offer to their country and their people.

Tunisia: IMF willing to increase its support for economic reconstruction

Tunisia has more millionaires than Algeria and Morocco