She starts working, and sets economic and financial priorities 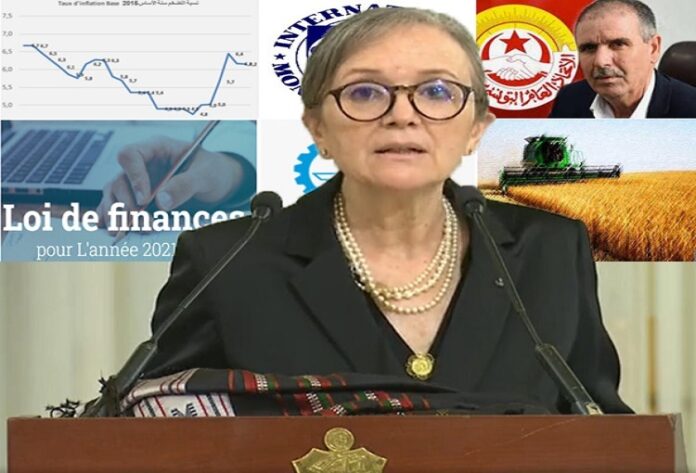 The new Prime Minister, on Tuesday, re-opened the doors of the Kasbah palace, courageously, because the t ask is not easy and what awaits her resembles the labors of Hercules.

The meeting, on the first day of her tenure as Prime Minister, focused on the main economic and financial issues. The Prime Minister stressed the importance of unifying efforts to overcome the economic crisis faced by the country.

She especially defined the corpus of her program, stressing that the “priority of her government is to rebalance public finances and to proceed with economic reforms”, not to mention calling to “improve the standard of living of Tunisians and their purchasing power”.

In similar circumstances, his predecessor Hichem Mechichi when he was preparing to move from Dar Dhiafa to the Kasbah, had announced that he would “stop the bleeding of public finance.” He will leave political life without ever doing so. Nejla Bouden did not say it, and we hope she will.

In his “Eco-Week”, renowned Tunisian economist Hechmi Alaya highlighted “the signals from the economy at the end of the third quarter of the year. “The tourism sector has generated revenues in dollars (640 million) that correspond to less than a third of those earned in 2008: 2.0 billion …. External debt service is at a record high (over $3 billion) and now absorbs more than all (106.3%) of the revenue generated by tourism and diaspora transfers. Petroleum production has fallen this year to 26,100 barrels/day, as much as in 2019, but much less than the 80,000 barrels/day of 2010.

The growth of loans to the state is exploding (+41.2% year-on-year at the end of August 2021), while that granted to the economy is languishing at less than 6%. Inflation continues to eat away at the economy; the inflation felt by Tunisians widened in September: food prices soared by 15.0% annualized while services and education products during this month of the new school year rose by 4.0% (more than 47% annualized) compared to August. A “bad” inflation because it is now the result of soaring global commodity prices and increasingly abundant liquidity,” he said before asserting that the Tunisian economy is experiencing a “collapse that goes far beyond what is revealed by the BCT.

Resist the sirens of the UGTT

The Prime Minister did not say so in her statement, but she did not think it was any less right to have associated the Governor of the BCT, with whom relations would be very good, we understand, to the first of her activities as new prime minister. The urgency of renewing relations with the IMF and relaunching negotiations for a new financial assistance agreement as soon as possible will certainly be one of the pillars of her action. That action will certainly be punctuated by the evolution of this file, as well as that of the two finance laws (supplementary for 2021, and that of 2022).

This shows the huge task of the new PM, hoping she will have the boldness to leave politics to the head of state, and to address the economic and financial challenges, which can only be likely to facilitate the task of the politician Kais Said, for whom the economic success through the recovery can only be a facilitator of political reform. That recovery will also allow her to curb the 17.9% unemployment rate. To do this, she will have to resist the sirens of the UGTT, which is waiting at the turn for new wage increase demands, and to think of the unemployed before thinking of increasing the wages and privileges of those who already have one.

Stemming, if not retracing the inflation curve

The Prime Minister had also met on Tuesday Minister of Trade and Export Development, Fadhila Rabhi Ben Hamza. Indiscretions on the content of this meeting reported a meeting where Nejla Bouden would have been more than firm in its directives to Minister Ben Hamza, to closely monitor the issue of prices and better control of all distribution channels, whether official or parallel. An equally big task that awaits the new Prime Minister.

In addition, the prices of beef and sheep are down (-4.3%) and (-2.2%), respectively, over one year,” said the INS. A good cooperation between all parties involved in these issues, including the Ministry of Trade and the BCT for the file of inflation, as Nejla Bouden urged Tuesday, combined with maintaining the sovereign rating, could also inhibit the projections of market operators, confirm the optimism of Tunisians and put them back to work, without fear for the future of their economy.

Validation Workshop for the Report on Air Transport Services in Ethiopia