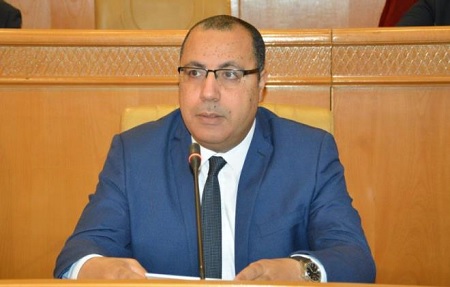 Interior Minister Hichem Mechichi said at a parliamentary hearing session Wednesday the administrative situation of all Tunisians returning from Libya has been verified.

“Their passage through the Ras Jedir border crossing Monday was marked by jostling,” he said, adding that their number exceeded 600 people.

“They were all directed to the mandatory isolation centres,” he pointed out.

Answering MPs’, Mechichi said 18,800 Tunisians have been repatriated from various countries since March 16, including 3,600 from Libya.

“The repatriation of Tunisian nationals is managed by several parties, including the interior ministry.

The aim is to guarantee their return in the best conditions despite the complexity of the operation,” he said.

In this context, he said that the returnees were all subject to the security measures in force, either by directing them to the lockdown centres or by transferring them to the courts in case of suspicion of involvement in crimes.

Concerning the individual arrested during the stampede at the Ras Jedir border post, after the inappropriate expressions he had uttered, Mechichi indicated that he will be held accountable for his actions before the courts.

As for the alleged infringement committed by the security forces, the minister stressed that these acts are the sole responsibility of their perpetrators, adding, however, that dozens of security personnel have, in turn, suffered attacks during the accomplishment of their mission.

Regarding the means of protection of the security forces, Mechichi said the ministry has allocated the necessary funds to ensure their protection, pointing out that the situation has improved compared to the first period of the spread of the epidemic.

Referring to the state’s participatory approach in dealing with the coronavirus issue and the distribution of aid, Mechichi stressed that coordination and participatory work is being established between state mechanisms, municipal councils and civil society.