HomeFeatured NewsSlim Azzabi: Tunisia won't run out of money, and its health has...
Featured NewsInterview 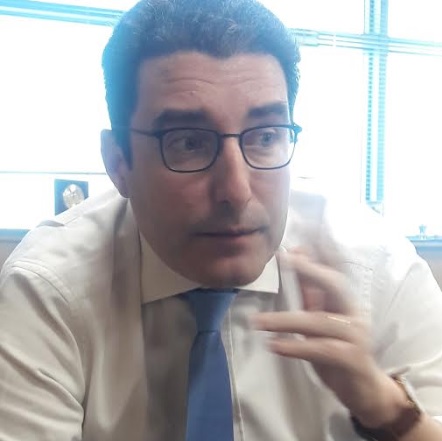 During the interview, we had mainly talked about the fate of the economy.

Here are the highlights. The health of the Tunisian has no price, but has a bill.

“Tunisia will not lack money, at the international level, to cope with the financing of the real economy (…).

The TND 2.5 billion corresponds only to the bill for the lockdown (…).

Exceptional funding of 300 M€ for the financing of public companies.

Promise by US ambassador of an amount of one Billion TD? I am not aware of it. We have to check.

What does it mean for you to be Minister of Economic Development?

It is in fact a ministry that has three components. One of cooperation, one of investment and a regional development component.

In my mind, when we started with the new government at the beginning of March, the idea was to put regional development at the heart of the ministry, and to put cooperation and investment at the service of development.

It is true, however, that, with the very rapid arrival of the coronavirus crisis, the ministry was 100% mobilized on the issue of raising the funds needed to deal

with the crisis, to find rapid funding for the needs of the Ministry of Health in terms of equipment and strategic stocks of medicines.

The second priority was social demands, necessary to support the most fragile segments of the population.

At the same time, we have set up teams to prepare for the post-coronavirus period, when economic development will once again be a priority in the Ministry’s work.

You mentioned the mobilization of funds. We have heard a lot of figures in billions of TD on this subject. How many have you raised so far and where have all these billions gone?

I’d rather not talk about numbers. What I can say, however, is that Tunisia will not be short of a millime for these needs in terms of purchasing equipment and medicines. Nor will Tunisia lack money to meet its social needs. Thirdly, Tunisia will not lack money, at the international level, to meet the financing of the real economy.

I think the numbers can be misleading, because the needs are enormous….

Say a figure for the mobilizations already acquired!

It’s first to face the 2.5 billion that the Prime Minister announced. And it’s in relation to that that I say that money will not be missing…

[Interrupting ] You’ve already got them with the IMF loan.

Yes, in theory. The 2.5 billion DT is only the bill for the lockdown. It is neither to face an economic revival, nor to face the coming months and the consequences of the lockdown.

The 2.5 billion DT is just the cost of the 2 weeks of lockdown. The health of Tunisians certainly has no price, but it does have a bill. The IMF part is a budgetary support to be used, one part to face the coronavirus crisis, and the

other for all the other financial commitments of the State, especially in salaries and other usual commitments.

Where are our «friends» the Europeans, and the Italians, who are, for example, making us take credit balances for donations or new aid? Where are our “friends” the French?

Yes, that’s right! What I would first like to say to the Tunisians is that Tunisia is not alone in this crisis.

When we received ambassadors from friendly countries, we asked for political support from international bodies and in boards of directors.

This support was felt at the level of the IMF, the WB, the EBRD and the Islamic Bank, which supported Tunisia.

Just yesterday, the EBRD Vice-President informed me of an exceptional funding of €300 million for the financing of public companies.

Your finance colleague would have had the promise of the US ambassador, of a sum of one billion TD. Is he serious?

I don’t know anything about that. We have to verify the information! The promises, we must study them seriously.

To return to European aid, multilateral aid has taken several forms. There is budgetary support, but also project restructuring. With the EU, it was a three-year project that was reduced in terms of disbursement deadlines.

It is not a new grant or new funding, but just a speeding up of procedures and a reduction in conditions. So, whether it’s the €50 million from Italy, or the €250 million from the EU, they are not new funding, it’s an acceleration of the ongoing process.

On the “Saha Aziza” program, it is true that the amount has been increased from €20 to €60 million in new contributions.

For France, we are in talks with AFD to speed up the disbursement of ongoing projects.

You forget that you are also Minister of Economic Development. Yet you give the impression that the private sector is the forgotten part of the crisis, even though it is also the victim of the crisis. What are you doing to address this oversight, and especially to prepare for the post-coronavirus period?

As far as the private sector is concerned, our action is being taken on two levels. Firstly, to reduce the consequences of the pandemic. To this end, measures have been announced by the BCT, the Ministry of Finance and the Ministry of Social Affairs, and the government in general, to limit the negative impact.

Secondly, we are in the process of finalizing the macroeconomic framework to try to have a real estimate of this impact on the private sector for the next few months.

We would also like to congratulate the private companies for their mobilization and the solidarity they have shown during this crisis, and which correct and contradict the entire campaign to demonize the private sector…

Need I to remind you that some ministers also took part in that demonization!

Above all, I think that there is a certain public opinion today that is hostile to the private sector.

The most important thing is that it has demonstrated not only its patriotism, but also its mobilization and solidarity, by standing by hospitals, civil society and the State in general in relation to this crisis. I also believe that he will always be there.

A first package was therefore announced by the Prime Minister in support of the private sector.

Now, what matters is that we are going to have a very difficult year, but we estimate that 2021 will see a rebound in the world economy, and the Tunisian economy in particular.

The whole equation is going to be, how we are going to make the economy resilient and make sure that the Tunisian economy can hold up, and reduce the impact of the coronavirus and the breakage for the Tunisian private sector, so that it can be ready for the rebound in 2021 and take advantage of it.

Therefore, resilience is needed. And then we would prepare for the new paradigm of the post-coronavirus world economy, not only in terms of its geopolitical anchoring, but also in terms of its industrial fabric, at a time when we are now talking about relocation, and when new trades are emerging, such as the health economy or digitization.

What is certain is that our ministry and all the government are currently working on the new industrial and economic priorities imposed by the coronavirus and the post-coronavirus.

However, the government is not yet giving that impression. Rather, it has only the health aspect of Covid-19 as a priority. And when it agrees to give something to businesses with the right hand, it is only to take it back the next day with the left hand, notably through social and fiscal pressure.

It is true that today, the government is 100% focused on the health issue, the health of Tunisians being its first priority, and the second being the social aspect.

However, in a few days’ time, when preparations for the end of lockdown begin, the economic aspect will become the first priority of government action.