“SMEs are not a priority for Tunisian commercial banks,” says Sadok Bejja 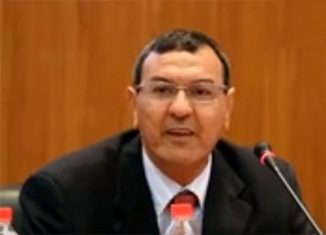 In an interview with African Manager, Director General of the promotion of Small and Medium Enterprises at the Ministry of Industry, Sadok Bejja, said Tunisian banks do not support the financial restructuring of firms in difficulty.

He added in the same context that the reluctance of banks also reflects the financial asphyxia of these companies.

The official also stressed the need to reposition the fund for restructuring firms in difficulty so that it involves the various subcomponents of the financial restructuring.

Can you assess the situation of SMEs in difficulty?

Initially, it should be noted that two types of companies: companies with deep structural difficulties and others who have economic difficulties.

Economic companies, considered an engine of growth and a source of wealth, have indeed underwent several national and international effects.

Locally, Tunisia’s problems are really those of our companies, and they are three: terrorism, smuggling and the fragility of the government for lack of completion of the political transition.

These factors have had an impact on companies operating in different sectors and on the pace of their activities, already in considerable decline.

Do you have exact figures on the losses caused by these factors?

I do not think that there is a reliable study or analysis that can determine the impact of smuggling or terrorism on the activity of our SMEs, but the three mentioned factors are the cause of their difficulties.

These factors have created a climate of social instability, which has resulted in the rise of social discontent.

That instability has also caused a rise in absenteeism, which has doubled to 25% in the industrial sector. Add to that an increase in payroll against a significant drop by 10% in productivity.

This climate has certainly affected not only the position of clients, who have become cautious with respect to the Tunisian site, but also national and foreign investors.

This instability has also affected financial institutions, which have become very sensitive with respect to the financial asphyxia of economic enterprises.

Many companies are today still unable to meet their financial commitments to financing institutions.

What is the number of firms in difficulty?

The number of economic enterprises with economic difficulties is approximately 600.

How to act then?

Since the revolution, several mechanisms have been set up to help companies to gradually resume their rate of production.

From 2014 and when he have realized the financial asphyxia of economic enterprises, a financial restructuring fund with a value of 100 million dinars has been created to support this kind of business.

153 companies have benefited from the funds out of a total of 200 fixed by the end of this year.

The initiative is good but it does not seem to affect all firms in difficulty. What do you think?

Although this fund is of particular importance, it is still insufficient to handle the situation of all the companies in difficulty. For, it does not meet the needs since the number of enterprises exceeds 200.

The other reason is related to the nature of the fund since it only targeted enterprises financed by BFPME and regional Sicars.

To remedy this shortcoming, especially in view of the some reluctance recorded in corporate refinancing by banks, another fund was implemented under the 2015 Finance Act, with a value of 200 million dinars.

This fund has targeted all banks in order to cover all economic enterprises.

What is the number of companies that have joined this program?

Unfortunately, no company has joined it.

We have not planned the same mechanisms adopted during the establishment of the first financial restructuring fund.

A national committee was actually created and an expert was appointed, responsible for the development of the financial restructuring study. The latter is supported by the fund. In addition to the appointment of an expert, the study should identify the financial needs of enterprises, namely the rescheduling of debt, working capital and finally strengthening the capital.

For the 200-million-dinar fund, it was established while the Ministry of Finance did not consult the various interveners.

In this situation, the ailing company has not a contact. And that is legitimate because banks are not favorable to financial restructuring.

One thing is certain: SMEs are not a priority for Tunisian commercial banks.

How to convince companies to join this fund?

This is an administration job. We must reposition the fund so that it involves the various sub-components of the financial restructuring.

That is why our Industry Department will make new suggestions during the preparation of the finance bill for the year 2017.

In this situation of economic gloom, are struggling companies able to get out of the rut?

Companies are able to win this bet. Statistically, the number of companies which have economic difficulties has certainly increased from 300 before the revolution to 600 now, but it kept the same pace regarding companies with structural difficulties, with an average of 250 per year.

This is a great indicator since the number of enterprises in structural difficulty has not changed.

Therefore, we remain very optimistic and we believe they are likely to restart on solid foundations and resume their normal pace.

Everything is possible, especially as the beginnings of recovery are there. There is also an improvement of several indicators including a rise in report investment and export. Add to that the improvement of the social climate.

With these figures, we are on track and it is estimated that 2017 will be the year of economic recovery.

Tunisia 2nd in Africa in preparing for adoption of new technology