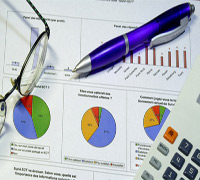 The question of statistics is still causing much ink to flow in Tunisia. Actually, a recent memorandum from the National Institute of Statistics (SIS) has been censored. It seems that it was not to the liking of the Director of the INS. In order to provide clarification on the matter, Africanmanager contacted Adnen Lassoued, member of the Board of Directors of the Tunisian Association of Statisticians Engineers (ATIS), in charge of official statistics.

What are the characteristics of the Tunisian system of official statistics?

The national statistical system mainly consists of the National Institute of Statistics (INS) which is the main producer of official statistics, the National Statistical Council (CNS) which has essentially a coordinating and institutional role, and other public statistics structures operating in the Administration or elsewhere (such as the Central Bank, for example).

Can it be said that the system of official statistics has regained its position and independence, especially after the fall of the old regime that has for a long time made use

of it to hide the country’s economic reality?

Because of their exploitation, official statistics have suffered from a credibility gap. After the Revolution, and in February 2011, there was a strong mobilization of statisticians (in the form of petitions, newspaper articles) to attract the attention of public opinion and governments on the need to make necessary changes, in terms of practices and legislation to bring the system of official statistics in tune with the emerging democracy.

The main demand has indeed been the requirement of true independence of the INS to avoid excesses of the past. Unfortunately, and despite some progress, the achievements in this area are fragile and incomplete.

To what extent can we speak, in Tunisia, of favorable conditions for the performance statistics, including scientific independence, impartiality, right of access to information?

The National Statistics System is governed by the Statistics Act of 1999 which is, in theory, a good law, as it guarantees scientific independence, impartiality and objectivity, but also the right of access to information and preservation of statistical confidentiality. However, a small but important point was omitted in the law: there is no mention made of “professional independence.” This should guarantee independence from political or administrative bodies, as well other organizations and pressure groups. Legislative Decree 2000 organizing the activities of the INS came to materialize this lack of independence, by putting the institution, through its Director General, under the direct supervision of the Minister and therefore of political power.

Do you think that there was really a change in processing the information before and after the Revolution?

What do you mean by information processing? If you designate the technical design of data, it was not really subject to the constraints. The statistician was and remains concerned about the quality of his product, even if he does not always have sufficient means to do so. However, there was much censorship and a selection that is practiced mainly in terms of publication. After January 14, some improvements have taken place, notably with the publication of data that were previously inaccessible.

However, the last memo f the INS was censored! How do you explain this reaction?

We said before the elections of 23 October: whatever the regime (dictatorship or democracy), there is a natural tendency of the political power to control the statistical system and information. If the institutional safeguards are not implemented, there will inevitably be steps backward. This has happened with the recent episode of the arbitrary dismissal of the Director General of the INS and the President of the CNS but also by a return of restrictions on the publication of certain products.

As an active member of Statistics in Tunisia, what do you suggest as a solution so that information will find the place it deserves?

The solution lies in reforming the current system to restore the credibility of official statistics. This reform must focus on two areas:

It must first ensure independence in all its dimensions, particularly the professional independence. Independence is not a luxury but a necessity in order for the statistics to be credible and can actually be a common basis for discussion and action to all stakeholders of society.

Reform must also ensure the improvement of quality of statistical products so that they meet the expectations and requirements of different users (not just planners). This must be formalized through the adoption of a code of good practice.

Recent and best reform experiences, like the experience of reform of British public statistics, can be referenced in conducting this process. It remains to convince the political authorities of the need for such a commitment! Within the Tunisian Association of Statisticians Engineers, we are campaigning to enshrine into the Constitution “the citizen’s right to a quality, transparent and impartial statistical information.” If such a provision is included in the future Constitution, it will push the reform and serve as a safeguard against further drifts.