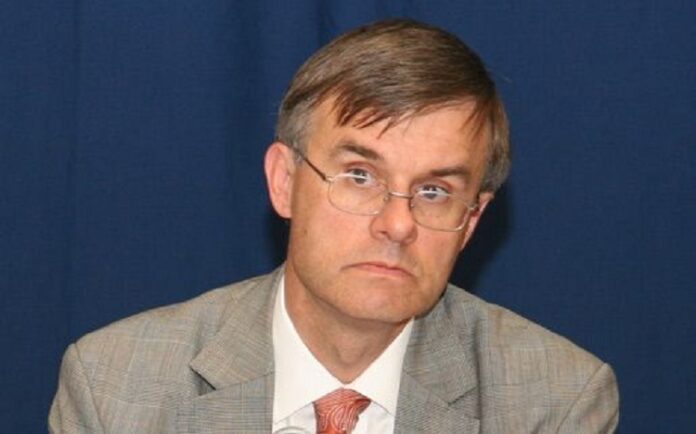 Based on the Biden administration’s first six months in office, it looks as if U.S. policy is in line with that goal, although even more can be done, he pointed out.

In an analysis published on American political and institutional news site “The Hill”, Gray said it is in the U.S. interest to do this both for geo-strategic reasons (e.g., protecting NATO’s southern flank and humanely controlling migration to Europe) as well as to quell the growing trend of rising authoritarianism.

The former diplomat seems unable to deliver a fine analysis of Tunisia without scratching the Trump administration, which unlike Obama and his team, put Tunisia low on its agenda, as it was downgrading democracy and freedom as a priority. For the first time this century, the secretary of State for an administration did not travel there.

Instead, the United States reoriented the formerly broad bilateral relationship to focus almost exclusively on security issues, regretted Gray, reminding that when the Trump administration sent the deputy commander of U.S. Africa Command as head of its delegation for the funeral of the Tunisian president in July 2019, it sent the wrong signal. It reinforced the negative trend of militarizing U.S. foreign policy.

Tunisians noticed and wondered why a senior civilian leader had not led the delegation instead. Then, in the waning weeks of Trump’s term, a visit by Secretary of Defense Mark Esper only underscored the idea that the United States cared solely about Tunisia from a military perspective.

The Biden administration, in contrast, has taken several steps early in its tenure to reach out to Tunisia, notes the diplomat. The chief of the National Guard Bureau visited Tunis June 15-16, and the secretary of State met with his Tunisian counterpart during the Berlin ministerial meeting on Libya a week later.

Deputy secretary of State Wendy Sherman also paid a “virtual visit” to Tunisia on June 25, meeting with civil society and the media as well as with Prime Minister Hichem Mechichi.

What the Biden Administration must do for Tunisia

Visits and meetings are necessary but insufficient tools of diplomacy, he pointed out. “If (as I believe) the Biden administration is sincere in its belief that it wants to restore the promotion of American values as a central tenet to U.S. foreign policy, it needs to take concrete actions to advance U.S. interests.  It can do this by supporting Tunisia’s transition to a more open political and economic system.”

He founded heartening that the Millennium Challenge Corporation approved a $498.7 million compact designed to facilitate trade with Tunisia and to catalyze private sector investment.

Further steps need to be taken so that Tunisian citizens — especially the young and the unemployed — can feel that democracy does not come at the expense of economic stagnation or worse. These include:

– Promptly confirming Biden’s nominee to be undersecretary of State for Economic Growth, Jose Fernandez. He is perfectly suited to lead the U.S. side for the JEC discussions.  Fernandez visited Tunisia several times while serving as assistant secretary of State, and during his tenure, he demonstrated leadership and initiative in seeking to promote North African economic integration.  (He also speaks French, Tunisia’s second language.)

– Launching negotiations for a U.S.-Tunisia Free Trade Agreement (FTA).  It’s been nearly 20 years since the United States and Tunisia signed a Trade and Investment Framework Agreement (TIFA). It is time to move away from compiling TIFA briefing books and move toward actually negotiating an FTA. Doing so would bolster investor confidence as the Tunisian economy seeks to recover from its pandemic-induced downturn. And as more than one Tunisian has remarked to me over the years, the export of olives and dates isn’t a threat to U.S. workers, stressed Gray.

– Expanding the African Growth and Opportunity Act to encompass countries in North Africa.  The United States already has an FTA with Morocco. Tunisia certainly meets the act’s eligibility requirements (market-based economies, rule of law, political pluralism, etc.). Intra-African trade is not limited by the Sahara Desert and the Act should not be either.

– Providing Development Finance Corporation financing to support the manufacturing of COVID-19 vaccines in Tunisia, similar to the arrangement with South Africa announced on June 30. A spokeswoman for the Tunisian Health Ministry recently described the effect of the pandemic as “catastrophic” and said that “the health system has collapsed,” so foreign assistance is urgently needed.

Tunisia may not be at the top of the Biden administration’s long list of foreign policy priorities, but the president and his national security team should not repeat the Trump administration’s mistake of neglecting it. Fortunately, every indication thus far is that the new administration understands the importance of tangibly supporting this new democracy, he affirmed.

Tunisia ahead of Egypt and Algeria in innovation