The Revolution, a depressing disillusionment! 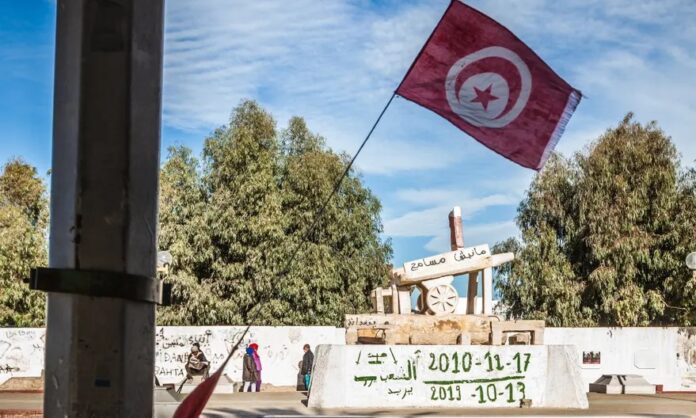 The Revolution has spread confusion so much that Tunisians have come to tangle up their brushes when it comes to knowing when it broke out and when to celebrate it.

There are those who cling to January 14, 2011 and others, including many iconoclasts, who plead for December 17, 2010, the date on which Mohamed Bouazizi set himself on fire.

The current President of the Republic, Kais Saied, strongly supports this event by many historical aspects without however taking the trouble to go to Sidi Bouzid on this day for the needs of the commemoration as he had expressed the intention and made the official announcement.

It is true, as noted by the London newspaper “The Guardian” that ten years after his act of despair, Bouazizi is out of fashion in Tunisia – along with the revolution his death inspired.

Certainly, Tunisia is a democracy. It has withstood assassinations, terrorist attacks and the ideological gulfs of its leaders, at crucial moments pulling back from the precipice of returning to authoritarian rule, as happened in Egypt, and of civil war, as in Syria, Yemen and Libya.

Yet people are miserable and disillusioned, joining jihadi groups in among the largest numbers per capita of any country in the world, and making up the majority of boat-borne migrants to Italy this year.

For most, the revolution has been experienced as a drop in living standards. Economic growth has more than halved since 2010, and unemployment is endemic among young people, who make up 85% of the jobless. “Nothing changed,” says Ashraf Hani, 35, who saw from his kiosk across the road Bouazizi ignite himself after his produce and cart were confiscated. “Things are moving to the worse.”

A brief or even non-existent democratic experience

The fruits of the revolution are most obvious at the Bardo Palace, where protesters stage sit-ins and legislators bicker under ceilings ornamented in gold leaf.

The easy merger of eras and cultures that makes up modern Tunisia is cited as one of the reasons it has sustained a democratic experiment that elsewhere was short-lived or nonexistent. Analysts also point to its small, apolitical army, and a civil society that found ways to flourish despite authoritarianism, giving the nation ballast when Ben Ali fell.

Geography helped, too. “Tunisia has always been sort of removed from the centre of gravity in the Arab world and was less significant due to its size and lack of natural resources,” says Safwan Masri, a senior research scholar at Columbia University. “It was marginalized by the rest of the Arab world and not significant in terms of larger geopolitical games.”

Others argue Tunisia’s uniqueness is exaggerated, and that in moments where it could easily have gone the way of other Arab spring states, it was rescued by wise decisions. In the room for many of these was Ouided Bouchamaoui, the former head of the country’s employers federation and now a Nobel laureate.

By the middle of 2013, feuding between the Islamist Ennahda party and secularists had frozen talks over a new constitution. When two leftist leaders were assassinated by suspected jihadis, Tunis swelled with enraged protesters. A similar movement in Egypt had just brought down the Muslim Brotherhood government, whose supporters were massacred in the streets.

“Believe me, after the first [assassination], then the second one, we were afraid we’d lose our revolution,” Bouchamaoui was quoted by The Guardian as saying. “It would’ve been a civil war, or confusion everywhere, and we’d be like Libya.”

Along with three other civil society leaders, Bouchamaoui asked the country’s political antagonists to sit around a table for last-ditch negotiations. “To be very frank with you, what helped us was the situation in Egypt,” she says. “Ennahda was afraid we would have the same situation here.”

But the quartet also needed to persuade opponents of the Islamists that they could not simply shut them out of the system. “Democracy is accepting others,” Bouchamaoui remembers telling recalcitrant opposition leaders. “We cannot ask for democracy and then say we do not agree with the results of elections. This is democracy.”

Their success paved the way for successive free elections and won Bouchamaoui and her colleagues the 2015 Nobel peace prize. But years of fighting over Tunisia’s identity has left little oxygen for addressing the economic problems that drove the revolt.

A democracy of form

Feeding off of the stagnation is a growing nostalgia for the old regime, embodied by the rightwing populist Abir Moussi, a lawyer and MP who harks back to the “stability” of the Ben Ali era and receives friendly coverage on Saudi Arabian and UAE-owned news channels.

Hichem Amri, a social activist, says what ails Tunisian democracy is not a fundamental incompatibility with Islam, nor some authoritarian strain in Arab politics. Rather, he says, it is something that has come to resonate more loudly in Washington and London over the past 10 years: a feeling that democracy as it is practiced works only for an elite in Tunis and along the coast, without reaching far enough into communities such as Sidi Bouzid to give people a say over the forces that shape their lives.