TIF 2019 in line to do better than the previous edition 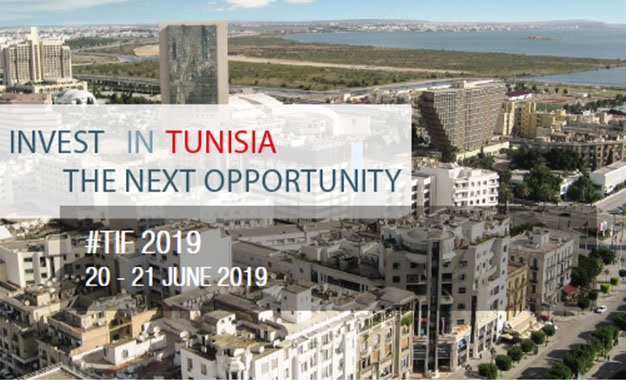 The “Tunisia Investment Forum” (TIF 2019), organized by the Foreign Investment Promotion Agency (FIPA), takes place on June 20 and 21, 2019 in Tunis. It attended by nearly 1200 participants including about 400 businessmen and representatives of foreign companies, according to data from the Ministry of Development.

Preparatory meetings for TIF 2019 kicked off on Thursday, with the work of this event officially opened by Prime Minister Youssef Chahed on Thursday afternoon, in the presence of government officials and representatives of several regional and financial institutions.

This year, the theme of the event is “Invest in Tunisia, the Next Opportunity.”

The objective of this edition is to highlight the efforts made by Tunisia to strengthen its position as well as investment opportunities in sectors with high potential and through a ‘mapping’ of advantageous comparative advantages.

Several high-ranking guests will moderate the debates during the two days of the forum; among the personalities and decision-makers announced are Huawei Vice-President Mark Xue, Vodafone’s Director of External Affairs Philippe Vogeleer, Bolt Global’s Director of Regulation and Public Policy Dominick Moxon-Tritsch and Vice-President of Yazaki Jeroen Deen.

The objectives of the 2019 edition are to anchor the idea that Tunisia is currently a competitive, reliable and viable host site, build partnerships and intensify synergy between actors involved in the sphere of investment for a better economic and structural recovery.

According to the organizers, the forum will for the first time use the expertise of an internationally renowned firm.

There will also be panel discussion to deal with important areas. The work of the forum will be recorded in a white paper as a conclusion and a future roadmap.

The TIF will also include the “Tunisia 2019 Awards Ceremony”, where the best foreign companies based in Tunisia will be rewarded for their positive contribution and their commitment to the country’s economy.

It was also reported that 3 bilateral and multilateral cooperation agreements will be initialed on Friday June 21, 2019, to intensify investment and participation in trade shows as well as to attract Tunisian skills based abroad, announced the Ministry of Development, Investment and International Cooperation.

The Ministry of Development will sign an agreement with the China Investment Promotion Agency to put in place an institutional framework capable of consolidating bilateral cooperation, through sharing information relating to the investment in Tunisia and China, in addition to facilitating the organization of economic missions in both countries and their management.

The Department will also sign a memorandum of cooperation with the Turkish-Arab Cooperation Association, with the aim of increasing exchanges of data on periodic activities and fairs organized by both parties and exchange of visits and coordination at the various events and fairs held in both countries.

A tripartite co-operation agreement will also be signed between the Ministry of Development, the German Agency for International Cooperation (GIZ) and the “AFKAR” Association to increase cooperation between the signatory parties.

It also relates to attracting skillful Tunisians installed abroad and investments to Tunisia.

Tunisia: dinar up against dollar