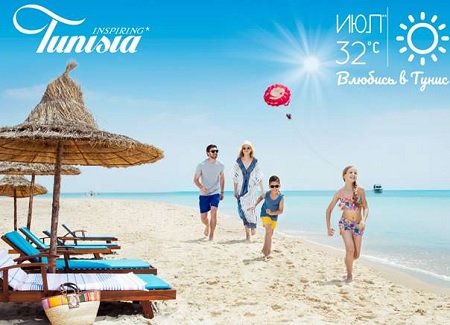 The entire year 2018 should end with a little over 8 million tourist entries, confirming the recovery of the sector and breaking, for the first time since the revolution, the psychological wall of 2010 that has become for many tourism ministers the year of reference that had to be at least equal.

In 2010, according to official figures from the INS, the total arrivals of non-resident travelers were 6.903 million.

This figure however still remains far from the 3.82 million European tourists reached in 2010 and which then accounted for just over half of the total number of Europeans entering Tunisia.

Also on December 20, 2018, the Algerian market confirms the special place it now occupies on the Tunisian market.

What is new in the 2018 figures is that Tunisian expatriates are counted separately. They were 1.324 million to visit Tunisia, almost half of Algerians who had spent their holidays in Tunisia.

However, the reference year 2010 has not yet been reached in terms of overnight stays.

The total overnight stays, even with residents, did not, however, equal the 32.136 million overnight stays, for non-residents of 2010 alone, which were already down from 35 million in 2008.

Overnight stays of Algerians even fell by 2.6% compared to 2017, confirming a trend already noticed of a move towards renting apartments or houses from Tunisian owners.

Tunisians were 2,333,420 tourists, with an average of 2.3 million overnight stays, mainly in Yasmine-Hammamet which no longer attracts as in 2017 (-4% overnight stays).

Overnight stays of Tunisians in hotels in the Nabeul-Hammamet region also dropped 17.2%.

Nights spent by locals in hotels in Sousse were also down 2.4%. Locals obviously like more hotels in the suburbs of Tunis in 2018. With only 33,522 overnight stays, the destination Tunis-Carthage Coasts had indeed attracted 3% more nights than in 2017.

In terms of overnight stays too, it is the Djerba-Zarzis region that is proving to be the favorite tourist destination for the year 2018, with figures rising by almost 46%.

Hotels of this favorite Tunisian destination have indeed recorded 6,799,832 overnight stays, far ahead of Sousse whose hoteliers have collected 4,883,964 overnight stays.

Hotels in the Monastir-Skanes region had done better, attracting 3,066,767 overnight stays, far ahead of Tunis-Carthage Coasts whose hotels had recorded only 1,646,271 overnight stays.

For those who would like to venture to compare the value of the Dinar in 2010, we consulted professionals of the BCT who asserted that various parameters, endogenous and exogenous, would distort any comparison.

What remains to be remembered is that Tunisian tourism has regained strength in 2018 and that it finally broke the psychological wall of 2010.

So remains to maintain the trend in 2019 and to solve the problems born of years of revolution, for hoteliers, hoping that the government’s concern for fiscal resources at all times will not break this momentum.

Finally, remember that René Trabelsi was appointed Minister of Tourism on November 14, 2018. Earlier, there was Selma Elloumi Rekik.

Is there any reason to worry too much about Tunisia?