Home Featured News Tunisair still without CEO because nobody wants it; funds may be and...
Featured News

Tunisair still without CEO because nobody wants it; funds may be and not immediately 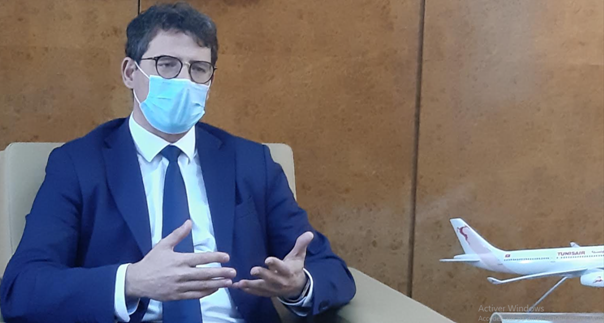 This statement by Transport Minister Moez Chakchouk is hardly believable, but it sums up, on its own, the strange situation in which the public sector finds itself, since 2011, torn between structural difficulties, especially financial, and management difficulties.

All this in a country where no one can run any business, outside the claws of rules and laws of an administration of another time, which refuses to evolve and to pay well for experts who would like to take the risks.

“Tunisair is going through a difficult situation, as are other companies around the world. We knew this long before I was appointed to the ministry.

The solutions are clear. There needs to be a strategy, and it’s already in place. For its execution, however, we need to appoint a new CEO. As we see it today, there is a strong reluctance on the part of officials to take on this position.

I have personally appealed to a number of people that I will not name, all of whom have refused. Everyone is fleeing from the position of CEO of Tunisair.

It is true that the challenge is important, but not as serious as one might imagine. Tunisair has a huge potential, and we just need to support it in this difficult phase,” Moez Chakchouk told Africanmanager exclusively.

Indeed, tempted by the challenge that the minister was talking about, the last candidate for the position of CEO of Tunisair, Wassef Ayadi, had finally given up and left, even before occupying the seat on the 5th floor.

Money is not immediately

Meanwhile, the Tunisian national air carrier is collapsing. Its last official balance sheet of 2017, reported a net loss of 226.439 MDT.

At the end of the second quarter of 2020, the company was carrying only 23,131 passengers.

It would have only seven aircraft in operation, for lack of financial means for maintenance, with a load factor of 58% for a workforce of 3,510 employees.

The COVID-19 is certainly behind these underperformances, but not only.

Various rescue plans, including social and financial restructuring, have been presented.

Each time, they were however rejected by all the governments of the post-revolutionary period.

Those of Youssef Chahed and Elyes Fakhfakh had clearly said it: the state will no longer put a penny to save Tunisair.

So what does the Mechichi government say now? Its Minister of Transport starts by clearing its head first.

“We have not yet presented anything to the Prime Minister. All we can say right now is that not everything is being done with financial support.

There also needs to be internal restructuring, there may be other forms of indirect support in its strategy.

The minister was actually beating around the bush, to avoid saying, bluntly, that there will be no direct financial support.

“There may be financial support, and there may not be money. We believe that with Tunisair’s help in executing its strategy, through well-targeted actions, some adjustments to that strategy, and the opportunities the company needs to seize, support may not be immediate.

And even if there will be some, it will not be immediate, and it will be better studied, not with amounts as we have already heard. There are other ways to help Tunisair get back on its feet and even better.

Asked by Africanmanager about the unavoidable financial support for spare parts and fleet maintenance, Moez Chakchouk says that “in cases, such as payment to suppliers, we have found solutions.

The public may not be aware, but we support Tunisair. We have already taken the necessary decisions in this regard.

Minister Chakchouk also announced the next opening of lines to Libya, “if we manage to solve the problem of insurance,” he said.

For the renewal plan of the Tunisair fleet, the Minister of Transport said he has not touched it.

“There are 4 A320 Neo aircraft, and there are still actions to be taken from next January onwards, to finalize the acquisition from June 2021 to 2023”.