HomeInterviewTunisia: A dire political situation and NCA guilty of abuse of power,...
Interview 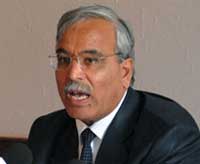 What is the status of Tunisia in terms of corruption?

Bearing in mind the ratings of Tunisia in international reports, we can say that our country is in a position that is far from being deplorable, whether compared to countries in the MENA region or also emerging countries. In the last annual report of Transparency International, Tunisia was ranked eighth out of twenty Arab countries and first among Maghreb countries, according to the Corruption Perceptions Index. Globally, it is ranked 75th on a set of 176 countries. The results of Transparency International converge to some differences with those of another organization, namely the Global Justice Project which has ranked Tunisia, according to the Index of Rule of Law. This index provides, among other things, an assessment of the level of perception of corruption and presents Tunisia as moderately corrupt.

However, we should not be limited to assessments of international reports to discern the complex reality of corruption. Reading of the reports must be completed by the perception that, we Tunisians, have of corruption. Tunisians are better able to tell if there is more or less corruption than before. Each citizen, through his involvement in community life is a source of information and an indicator of the reality of this scourge, not to mention experienced observers who are close to the management of public funds and provide valuable information on this scourge.

But again, we must be wary, because the shared perception of a phenomenon can be distorted by diversionary tactics and manipulated practices of corruption. In an environment characterized by strong political competition, freedom of expression with a high-speed flow of information, public opinion is often prey to manipulation and agitation. Collective perception also feeds amplified disinformation and biased information.

Do you think the situation of corruption in Tunisia has improved after the Revolution?

I think hotbeds of corruption have increased compared to the situation before the Revolution. There are undoubtedly more niches, more temptation to corruption, less control, more complacency and, therefore, more cases of corruption. This was expected. Corruption tends to increase in countries that are in post-revolution and post-conflict. There is the so-called race to new situations of vested interest. Under a dictatorship, power is concentrated in the hands of a minority. The bursting of the oligarchic powers prompts the emergence of new constellations of influences that will try to position themselves to replicate these practices and take advantage of their position. People sometimes tend to expose corruption, not on principle or because this scourge is dangerous for the country, but simply because corruption benefits others. This expression of frustration, once fulfilled, could turn into a form of greed without limits.

However, even if corruption is more widespread, it is difficult to say that it has increased in volume. Democracy and freedom of expression erode the sense of impunity and prompt deterrence of major forms of corruption, without eliminating them entirely.

Can we have some figures on corruption?

Corruption is not estimated on the basis of empirical data in the reports dealing with this issue. It is always evaluated on the basis of perception. The corruption is an insidious phenomenon, difficult to quantify and difficult to discover and even less to prove. Generally speaking, and according to the World Bank, corruption can add up to 10% of the final costs of goods and services and up to 25% of the cost of public procurement contracts.

You spoke earlier of 119 mechanisms to expose and prevent corruption will be submitted to the new government, political parties and the National Constituent Assembly, can we know some tools?

Mechanisms for the prevention of corruption are increasingly known. They basically involve good practices internationally. There has been remarkable progress during the last years, in the management of integrity and prevention of corruption in the business world. Whether in Europe or the United States, more and more companies have adopted ‘zero tolerance’ policies. They have incorporated mechanisms in management to prevent, detect and track corruption.

At the normative level, there are more regulations that encourage, from one side, and compel, on the other side, companies to implement such mechanisms. The noose is tightening around the corrupt to such an extent that many multinationals have completely turned their back to the lever of corruption to win contracts and markets. Without being overly optimistic, I think the future is for” clean” business. There was recently a very innovative British law in this area.

This Act has established for the first time, what is called the” Corruption Prevention Failure offense.” This means that if a company is not deploying prevention mechanisms, based on best practices it could be prosecuted.

This law applies, according to the principle of extra-territoriality, both to British companies and to all those who have business, even just a bank account or a subsidiary o, the British territory.

The mechanisms include the institutionalization of probity investigations (due diligence), informing practices, gift policies, ante declarations of conflicts of interest, accompanied by monitoring and tracking, deployment of ethical approaches , training and ethics education, dissemination of the culture of integrity, separation of incompatible functions, ethical conduct tests at new recruitments, blacklisting etc.. Our organization has the expertise to assist companies that wish to enroll in this kind of approach. We also provide training for professionals who need it.

This is impossible. Even in leading countries that have very high scores in international ratings, there are still forms of corruption. We hear occasionally of embezzlement scandals. Most clean countries are Scandinavian countries, Singapore, Australia, Japan, then Central European and North American countries.

How can we create a culture of the fight against corruption in Tunisia that you have called to?

A policy is built around two main axes. The first axis is the compliance with a number of legal rules, and good management practices, the second axis is that of personal ethics and integrity. The law, however, which is essential for the establishment of good rules, is not enough to minimize corruption to its lowest level.

We should also work towards strengthening the personal integrity and ethics through education and training. Ethics is nowadays, on the international level, a skill taught to professionals. Moreover, firms that adopt compliance programs for the prevention of corruption first start by implementing a number of rules and procedures, then proceed gradually to easing control to substitute the culture of ethical principles and values to the rules.

In our country, we tend to sanctify the rule of law and evaluate corruption cases in terms of deviations from the law and not in relation to ethical standards and professional ethics. The field of ethics is broader than the law and therefore provides a framework for guiding the behavior of individuals. We can be corrupt, while complying with the law. This is not the case when it comes to ethics. Corruption is a breach of ethical standards.

What can we say about what is happening in the ANC?

What happened to the National Constituent Assembly (NCA), in view of the decision to increase the salaries of NCA members provides a very simple and practical example. The appreciation of the Act pertaining to NCA members was confined to the sphere of what is legal and what is not.

There was a judgment of the Administrative Court, which established the illegality of the decision, and then the NCA members passed a law to stay within the law. The Act of the increase has not been assessed in relation to an ethical standard. However, the contract between the people, who have vested the NCA members with this decision-making power is a moral and ethical contract, this is to say to do things in accordance with the law, but above all with morality.

Therefore, this issue should also be evaluated in terms of professional ethics. How can an authority decide itself its own advantages and pensions? Suppose the legislature or the executive or as if we extend the logic to other corporations are vested with the same power? How, in this case, can we avoid excesses and appetite? We are in a case of abuse of power, if not breach to the law, it is at least a moral and ethical. In the old ethical tradition of our country, the value of the service is not determined by the person who provides it, but rather by the one who benefits of this service, or at least through a consensus.

Can we talk about corruption in the funding of political parties?

That is where the mistake is. Just as there are good international practices to prevent corruption in the business sector, there are also similar strict practices to prevent corruption in the political sphere. In Tunisia, the Legislative Decree of September 24, 2011 on the financing of political parties has nothing to envy to the international regulations.

Unfortunately, practices are at odds with the law in this area. As long as political parties’ leaders have not complied with the legal standard in this area, they will be poorly placed to criticize the corrupt in other areas.

What do you think of the political situation in Tunisia, especially after 2 years of the Revolution? Are we on the good track?

I’m not likely to give in to despair, because I think, in the same way as impotence and inability settle first in the mind and then spread to organs, pessimism makes people inoperative and incapable of change. It is the supremacy of positive thinking that makes the most important thing is not what we suffer, but how we feel it. Without this temperament, I would say that the situation is very critical, even disastrous. Almost all the indicators are in decline.

This may be normal after a revolution, but the most worrying thing is not the economic situation which can be rectified, or also the challenges of unemployment, it is especially the phenomenon of rejection of the other and intolerance that may not be a cyclical phenomenon in connection with the transition, but risks to become structural.

Sticking to positions and values that are not universal and rejecting others that are rooted in a society can be a source of continuing conflict. Countries that have achieved economic and scientific advances during the recent years have had remarkable surges of tolerance and acceptance of others and a strong social cohesion. We are still far behind; I even feel that we take the opposite route.