HomeInterviewTunisia: Our mission is to preserve the credibility of negotiations and continuity...
Interview

Tunisia: Our mission is to preserve the credibility of negotiations and continuity of the administration, says Ahmed Ammar Younbai 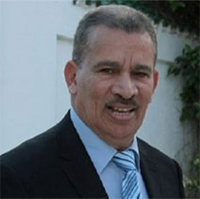 Ahmed Ammar Younbai, Minister of Social Affairs, whom we met on the sidelines of the recent national conference on the social protection system, stated that Tunisia must design its own reform in order to provide emergency social funds with the means to fulfill their obligations.

Recently, the main labor organization reiterated its commitment to start negotiations on wage increases in the public sector. This issue has sparked controversy especially as it came at a delicate time. What is your view on this?

As a member of the government and of the Joint Committee 7 + 7, I remind you that this government has announced since his appointment its commitment to comply with all agreements signed, in order to preserve the credibility of the negotiations and the continuity of the administration.

I think this government has managed to meet this challenge. Indeed, 23 agreements have been applied. Similarly, problems in the education sector have been resolved and a compromise was reached regarding several points of divergence.

A major effort was made actually to restore trust between the government and the labor organization.

In my view, the application of several agreements certainly has a positive effect on the social climate. In this context, I assure you that an effort has been made in the sense that we have well defended people with low incomes.

Still, we have tried to make some amendments to the supplementary budget law. Several measures have been put in place, by taking into account the purchasing power of the middle class and especially the weakest. I may cite as an example the exemption of workers who earn 5,000 TND per year from income tax. This provision will normally allow low-income people to benefit of a relatively large tax gain.

Similarly, we found ourselves compelled also to begin labor negotiations in the joint administrative and financial body, and part of the health sector. It should be noted that 200,000 people are affected by this issue.

What about the divergences?

We are still facing many challenges in public institutions since the government is not able to decide wage increases in this sector. This is legitimate because of the current economic environment which is quite difficult.

This is why we preferred to begin labor negotiations in 2015 because the government does not want to give promises which it could not keep.

The deficit in our social fund drives us to find “emergency” solutions to remedy this more and more alarming situation. We should learn from the experience of other countries like Morocco and some European countries to compensate for the estimated 400 million dinars deficit in 2014.

In my opinion, the increase in the age of retirement is only a proposal, since the situation of social funds requires urgent action and other radical long term ones.

This increase could be explained by the improved life expectancy which could only result in structural difficulties in financing social security schemes. Add to that the number of pensioners that has increased at a much faster pace than that of active people.

Anyway, I think it is time to reform the entire system to provide these funds with the means to fulfill their obligations.

What about the social climate?

We can see an improvement in the climate resulting from recently improved relations between the social partners.

Tunisia: trade deficit declines by 19.9% despite fall in phosphate exports

Tunisia: Arab Tourism Village to be built in Tabarka-Ain Draham