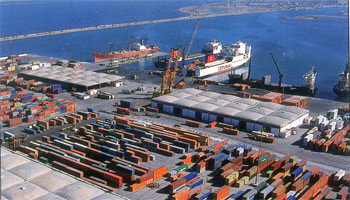 The launch of the second stage the Rades port’s docks expansion project with a total funding of around 300 million Tunisian dinars (MTD) was announced last Saturday by Fouad Othman, CEO of the Tunisian Company of Stevedoring and Handling (STAM), which manages the port of Rades, on the sidelines of the visit of the Minister of Transport to the main commercial port of Tunisia,

“This investment is small compared to the financial losses incurred by the company each year because of the lack of space to facilitate the unloading of ships,” said the CEO of STAM in a statement to the official press agency TAP.