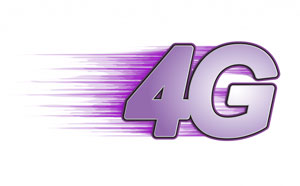 The 4G network will be operational from the summer of 2016, Minister of Telecommunications and Digital Economy Nooman Fehri announced Tuesday in Tunis.

The tender will be launched in two or three weeks and the signing of contracts is scheduled for late 2015 / January 2016, he noted at a debate on “Tunisia Digital 2018 and the role of ICT in Development”, organized by the Tunisian-French Chamber of Commerce and Industry (CTFCI).

He added that operators have realized the test phase of 4G network, indicating that during the acquisition of equipment quality rather than prices will be taken into account.

The Minister reported in a statement to TAP news agency the existence of Tunis of 15 Outdoor Wi-Fi sites (connection in public places), noting that his department will reduce the fee on the frequency to encourage operators.

Outlining the objectives of Tunisia Digital in 2018 he said that 2.7 million families will have an Internet connection of at least 4Mb / s. He also pointed to the introduction of digital and connected School (access devices, connectivity, educational content …) and a paperless administration, the aim being to develop infrastructure for the future generation and investments to create added value.