HomeNewsTunisia: 560,000 quintals of grain harvested in Kef since start of harvest
News

Tunisia: 560,000 quintals of grain harvested in Kef since start of harvest 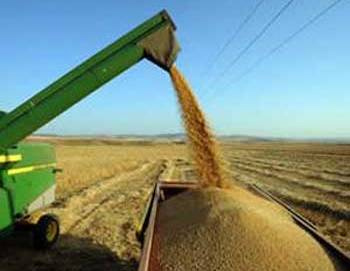 The amounts of grain collected from the start of the harvest in Kef governorate reached 560,000 quintals, said Chedli Ghazouani, regional commissioner for agricultural development.
“90% of sown areas have been harvested,” he said, noting that regional authorities expect a harvest estimated at 1 million 800 thousand quintals, the same production achieved last season.
“Unlike last year, no dissatisfaction was expressed by farmers in respect of the service from the grain collection and storage centers in the region,” he told TAP news agency correspondent.
The regional commissioner for agricultural development has recalled that about 190,000 hectares, or almost a quarter plantings were damaged by climatic factors, which explains the yield gap that reached 30 q / ha in the north of the  governorate against 10 q / ha in the rest of the delegations.
Share
Facebook
Twitter
Linkedin
Email
WhatsApp
Viber
Pinterest
ReddIt
Tumblr
Telegram
Digg
Mix
Print
Previous articleTunisia: BNP Paribas grants UBCI new credit line of € 10 million
Next articleTunisia: CEPEX set to open four new external offices in 2016