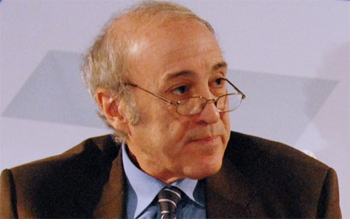 The recent report from the World Bank on Tunisia entitled “The Unfinished Revolution” has kept fuelling comments and feedback.

A number of experts and economic actors like former Minister of Industry, Mining and Energy Afif Chelbi or Ridha Ben Mosbah, former Minister and CEO of Stag held a meeting on Wednesday to evaluate or even deliver a critical analysis of the conclusions of this paper: “We are deeply convinced that this report does not represent the true World Bank, the informed institution that we have always appreciated as a catalyst for reform when it worked in synergy with the Tunisian authorities, ” said the “Kheireddine Circle” chaired by Afif Chelbi.

According to the circle, the report is even more surprising that “the World Bank has, since the late 90s, implemented a significant ideological refocus, leaving aside its neo-liberal excesses of the 80s, and recovering its role as development bank true to the spirit of Keynes, the inspirer of its creation.”

According to Afif Chelbi, there is no point to deny or underestimate the shortcomings rightly highlighted in the report, since it turned out that from 1960 to 2010 Tunisia’s development has faced a “glass ceiling,” due to the lack of democracy and transparency, which made it lose 2-3 points of growth. ”

We are therefore not followers of continuing policies of the past that no longer meet the new challenges of the country, but we are not advocates of the tabula rasa which argues that nothing has been done in Tunisia during the last 50 years, “he said.

“It was significant, but insufficient to reach a new level that can solve the problems of unemployment and social and regional inequalities that were the main causes of the revolution,” said the Kheireddine Circle, noting, however, that this was not possible because these gaps eventually “curbed” the capabilities and skills of the country.

“This is where will be located the break with the old state of things. But this break remains to be done, “he explained.

The Kheireddine Circle pointed out, moreover, that it is very surprising for a report dated May 2014, not to say a word about the management of the years 2011 to 2013. Not even the finding that during this period Tunisia moved down 55 spots in Davos ranking and lost 109 places for risk in 2014 along with the deterioration of its macroeconomic aggregates.

The circle also criticized the inadequate comparisons over time and space, contradictions in demonstrations, partial and selective reading of the complexity of the Tunisian reality, one-sided and ideologically biased inadequacy of recommendations.

Similarly, it highlights: “we remember that in 1986, unlike other countries that had followed to the letter the structural adjustment recommendations leading to the loss of large parts of their industrial fabrics, Tunisia has resisted and put in place both an import liberalization process staggered over 12 years and safeguard measures and then an upgrading program launched in 1996.”

It added that “it is in countries like Tunisia, where the capabilities of the administration allow establishing a balanced dialogue that cooperation with the Bank has been the most successful,” saying, however, that “the best way to have meaningful relationships with key partners to Tunisia, namely international institutions is to defend firmly positions that preserve our best interests.”

“Today our country has more room for error and must devise a renewed development model autonomously, according to its national interests and its specific social, historical and geopolitical characteristics. No doubt that Tunisia will then mobilize the support of international partners to assist it in its implementation, “said the circle.

Famous quotes from the World Bank in this book “The Unfinished Revolution” included: “What the World Bank has learned of Tunisia … Until 2010, Tunisia was considered by the Bank as a model, … and Davos has repeatedly ranked Tunisia as the most competitive economy in Africa … In fact, beyond the shiny facade presented by the former regime, the economic environment in Tunisia was deeply flawed … “or also “the lesson learned will require that the WB unconditionally emphasizes the extreme importance of the right to access to information, transparency and accountability as part of pro-poor development program in Tunisia as elsewhere.”

Libya loses US$ 9bn oil revenue due to disruptions