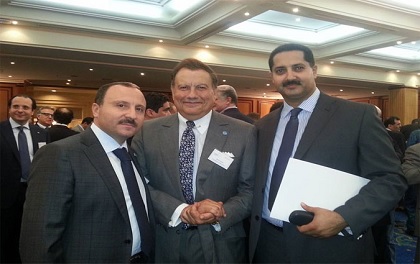 The “Tunisia-Africa Business Council” was launched on Friday in Tunis, with the aim of boosting economic cooperation and promoting relations between Tunisian and African investors.

The council launch ceremony was held on this occasion with the participation of several African Ambassadors in Tunisia.

Bassem Loukil, Chairman, stressed that the initiative was the result of a series of visits by Tunisian businessmen to several African countries, where they noted several problems including the high cost of transport and access to these markets.

He pointed out that trade between Tunisia and African countries has not exceeded 600 million dinars (MTD) after 2014, saying this figure was expected to reach more than 2.3 billion dinars by 2030 due to the efforts by public and private structures.

The Tunisia-Africa Business Council, which acts as an interface between Tunisian and African businessmen, will select the areas must adapted to the economic situation of African countries for the relocation of Tunisian companies.

Tunisia: inflation stabilizes for the second consecutive month in May at...

Tunisia: State seeks to recover about 6.5 billion TD in bad...